The ignition of birth increased trade in El Panecillo 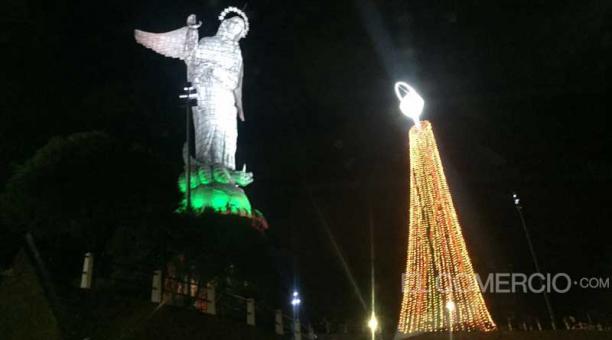 The gigantic birth that stands out at the top of El Panecillo, in the Historic Center of Quito, also increased the commercial movement in the sector. On the night of this Monday, December 18, 2017, dozens of people gathered at this traditional lookout to be photographed with the nine figures that decorate the manger.

This movement is used by the members of the Association of Artisans of El Panecillo, who extended their hours until 24:00. Nancy Vega, one of the merchants of the so-called Shungo Loma corridor, recalled that last Saturday, during the official lighting of the manger, there was a massive influx of people. In the two following days, the number of tourists decreased. But merchants say that on Christmas Eve and on holidays again there will be more people visiting El Panecillo. “December is our best month. The rest of the year is a little loose, “said Vega, who offers handmade crafts. Oswaldo Cuyo, president of the Association, confirmed the importance of the Christmas celebration for the merchants. “In truth, we all have many expectations,” said the leader.

The traditional “Novena” will be held until December 24, starting at 7:00 pm, at the foot of the Virgen de Legarda. Maribel López visited the birth with her husband and son. They decided to go to the top after 20:45, to avoid crowds. “It’s pretty. Only sometimes the lights go out, “she said. According to the Epmmop, the birth will remain on until January 3, 2018. The entity confirmed that the lighting system of birth has intervals in which the lights are turned off. These lapses last approximately five minutes. Subsequently, the figures are turned on again. (I)