The PDVSA breaches overshadowed the management of Sacha 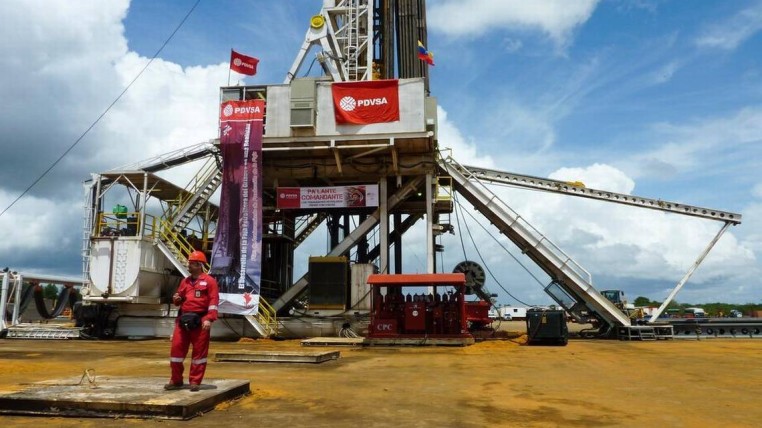 A failed business. The Venezuelan state PDVSA is another of the failed “partner” of the previous government in the oil area. The former president Rafael Correa and the deceased Hugo Chávez sealed, between 2008 and 2009, two agreements for the operation of the Sacha field and the construction of the Pacific Refinery. None came to fruition.

In the case of the oil field -considered as the jewel in the crown- the figures involved are millions. Between 2009 and 2016, 2,220.6 million dollars were moved, according to a Comptroller’s report, approved in July.

Right now, at the international level, PDVSA is in the public eye. As EXPRESO published, last week, ex-directors, businessmen and frontmen charged commissions of up to 15% for facilitating contracts of the oil company. These payments would have materialized in Andorra.

In Ecuador, the Comptroller’s document is the story of the failure of the company Río Napo, which was formed by PDVSA and Petroecuador (later replaced by Petroamazonas) to operate Sacha. The company went into liquidation in 2016.

What happened in those years of partnership? A former manager of Petroamazonas sums it up in a few lines: Rio Napo, he says, did not demonstrate the capacity to achieve higher levels of production or execution of their investment plans due to lack of good budget planning, lack of technical capacity and lack of planning activities, lack of internal organization. PDVSA also failed to comply with two obligations it had assumed at Río Napo.

The first was the capital contribution to which he was obliged as a shareholder. Between 2014 and 2016, the state company had to deliver 32.2 million dollars. Petroamazonas had 116.1 million. None contributed. “That caused, says Comptroller, that resources for the execution of projects and payment of obligations are not available.” The former manager of Petroamazonas, in another show of sincerity, says, instead, that in the absence of execution of activities and the poor planning of Rio Napo, “the contribution of the shareholders would have meant an excessive income”

The second direct debt of PDVSA was the execution of the pilot project of improved recovery. He had to invest 94.2 million, but he did not. The Venezuelan justified its failure to sign a letter of intent between the Government and two Chinese oil companies for the development of new oil blocks, including Sacha. In the end, neither of the two agreements was finalized. The list of problems in Sacha also included operational, financial and even environmental issues. The problems of Sacha Debt, the Napo River suffered the consequences of the drop in the price of a barrel of oil in the international market.

Until May 2016, Petroamazonas owed $ 653.9 million for the production of the field. That debt forced to reprogram projects. Projects Between 2013 and 2016, 24 of the 159 projects contemplated to achieve the increase in production were not executed. They represented an investment of 48.3 million. In 2016, in addition, another 10 projects were suspended.

Environmental management is also deficient. Of 10 reported spills, only three were completely corrected.

In the remaining seven, 100% of the cleaning of the affected area has not been met.

In 2011, Río Napo offered a treatment plant and improvement of the water system in the Unión y Progreso community, and sanitary batteries in Morán Valverde and 23 de Julio. They have not started. (I)