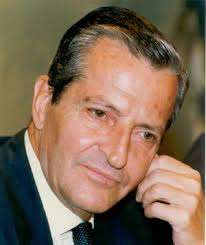 The political forces, ex-presidents, governors, and members of the Royal Family gathered in the Lower House today to pay tribute to Adolfo Suárez, who was the first president of the Spanish democracy.

The House of Representatives has been in charge of the tribute, by decreeing three days of official mourning, in which the protocol will be formally complied.

Adolfo Suárez González, lawyer and politician, was Prime Minister of Spain between 1976 and 1982, he managed the dismantling of Franco structures and pushed through the Political Reform Project, which sought a transition to democracy.

Statue of John Paul II will be unveiled in Sarajevo