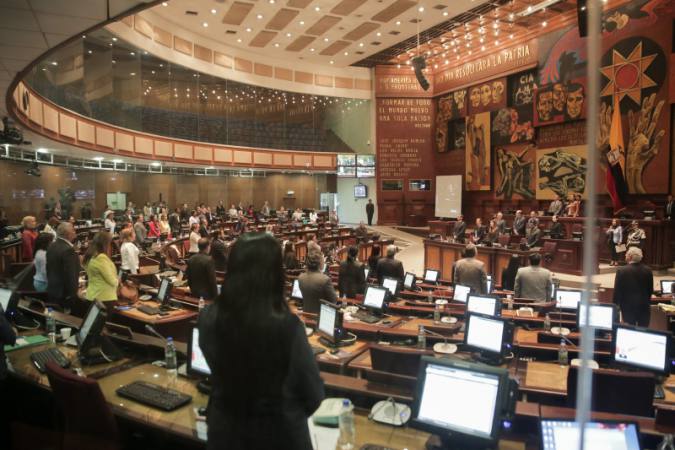 EcuadorNews:
The Night of Wednesday, May 10, with 71 votes in favor, the Legislature approved the Organic Code of Citizen Security Bodies, which creates a Public Protection Service (SPP for its Spanish acronym) made up of civilians who will be authorized to carry lethal weapons.

Hours earlier, some government supporters had expressed their disagreement with the approval of the bill during the current legislative period. Virgilio Hernandez (AP) argued that the constitutionality and the suitability of the bill should be reviewed and, due to the sensitivity of the content, it merits a greater reflection and the pronouncement of the new authorities.

The SPP is a civil, specialized, professional, technical and hierarchical body, attached to the Ministry of Public Order, internal protection, and citizen security. Its servers will be authorized to make use of “dissuasive and coercive” means and will act with due care and precaution when “using or handling weapons,” complying with the regulations established in the approved code.

The president and vice-president (in office or elected); The qualified candidates for those positions; The highest authorities of the other functions of the State; “And other authorities because of their profile and risk analysis, and the function they hold” will benefit from such protection.

According to data from the Ministries of Interior and Finance, the formation of this Service could take ten years and the average annual expenditure after the tenth year would be $ 16’461,800.