The project to ‘transfer’ the waste alarms the coast 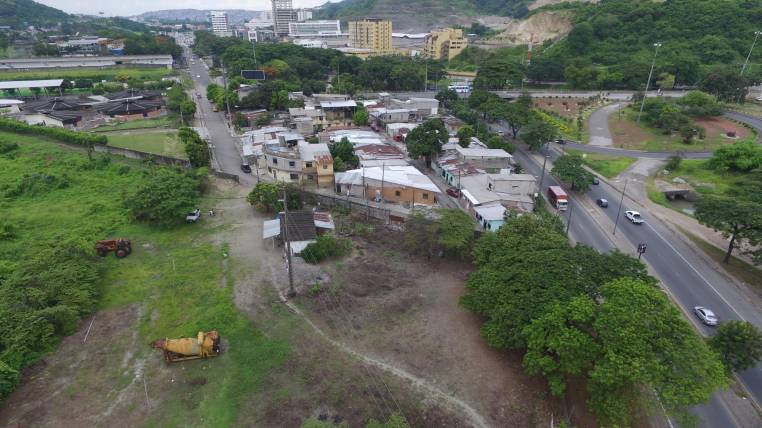 The waste center will be next to the cooperative Portete de Tarqui. The neighbors ask for the socialization of the project that will directly affect the area.

They do not finish solving a problem that immediately another comes to them. That is what the residents of the urbanizations think of the road to the coast, after they found out – almost a week ago – that the Municipality plans to build a solid waste transfer station this year in the entrance to the area. .

The work will be located at kilometer 8 of the road to the coast, for which the Municipality will expropriate two plots of land of six and four hectares, belonging to the engineer Arnoldo Alencastro and the Welfare Board of Guayaquil respectively. The land is located at the foot of the interchange with the Perimetral road and next to the cooperative Portete de Tarqui. An educational unit and a private university are also very close to the site.

“This is a topic of interest for the entire sector and has not been socialized. We want it to be done in another place and that these lands be maintained with the offer that the Municipality made to us in the meeting we had with the mayor, and then in the visit of the directors: that this place was going to be part of the road solution of the entrance to the coast “, explains Guillermo Ayala, president of the general directive of citadels, and who on Tuesday night met with the presidents of the urbanizations to analyze the actions they will take on the subject.

The announcement of the project, which is posted on the Cabildo website since September 2017, details that the implementation of the trash transfer station has been proposed in order to “serve 16 sub-zones located in the center, south, southwest and part of the northwest sector of the city. ” That is to say, the waste collection trucks of these sectors will arrive until that station to avoid going to the Las Iguanas sanitary landfill.

One of the main reasons, according to the document, is the approximate increase of 20% of the total tons generated of non-hazardous solid waste from 2012 to 2016 in these areas.

However, despite this announcement and that the project was already analyzed since 2016, the neighbors have not been officially informed about the completion of the work, which has as its starting date April 2018.

“The project is necessary, but it should not be located in that place. The city does not have a recycling culture and although it is announced that they will be non-polluting waste, in practice it will be almost impossible to prevent them from existing. In addition, we are fighting to have solutions that reduce traffic and this will worsen by the constant entry of trucks, “said Hugo Ricaurte, resident of Puerto Seymour.

In this all the presidents of the citadels that attended the meeting coincide. “Via to the coast is the only development pole the city has and they want to kill the sector with this. The declaration of expropriation is already there, it is not possible that they do not communicate anything to us. They are breaking the law, “said Elsi Celi, a resident of Torres del Salado.

The neighbors indicate that this issue should have been discussed in the meetings held last year with the municipal directors, in order to analyze together which was the best option for the Cabildo and for the residents.

“It must be in the outskirts”

Storage centers or waste transfers should not be located in populated areas, says engineer Xavier Salgado, environmentalist, to EXPRESO. “This must be on the outskirts of the city because there may be damages. In addition, that has not been socialized on time is another problem, “he explains.

Salgado also considers it complicated that there is no environmental pollution, because the site will reach the garbage of most sectors of the city. (I)

Pronobis will start in April to build Karibao