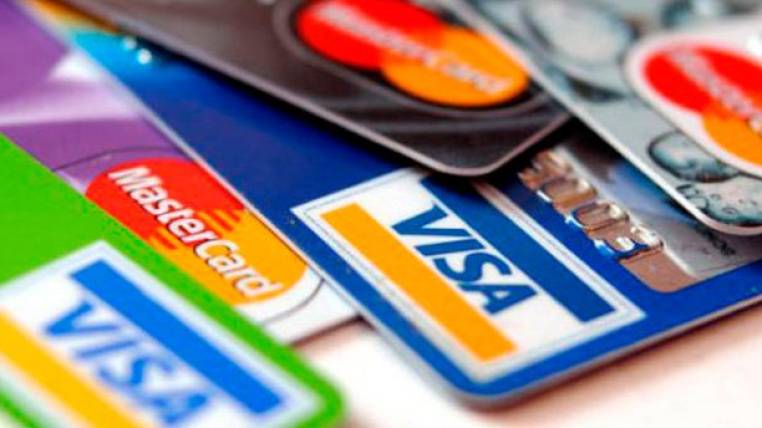 Last year, more than $ 7 billion was invoiced through this means. Its greatest use was in the supermarket, in the payment of health and air transport.

After years of low growth, the dynamics of purchases through credit cards again recovers. Last year, consumption through this financial tool, came to move the $ 7.589 million, versus the $ 6.126 million last year.

The figures from last year have not yet become official on the page of the Superintendency of Banks, but it is already within the closures made by the main companies in this market and that speak of a significant recovery in the sector. “We come from a 2016 that was quite slow in terms of consumption, that in a certain way made significant growth in 2017. We are talking about a year in which consumption took off, “says Alain Broos, national manager of Credit Cards of Banco Guayaquil, an entity that last year had a 14% share of the market, placing $ 1,041 million. 70% of that, through American Express.

The national credit that delivered the more than 7 cards that exist in the market represents 33.1% of the total loans that private banks delivered and that, at the end of last year, came to total $ 22,894 million. After Diners Club, Banco del Pacifico was one of the entities that increased credit with $ 2,263 million, that was 11% more than last year. An increase that was not only driven by the improvement in the perception that the consumer had about the economic recovery and that ultimately influenced their purchase decision, but by the internal strategy used by some banks to increase their client base. Banco del Pacífico ended 2017 with 818,000 Pacificard issued, 27% more than in 2016. According to Miguel Carrillo, Payments Manager of this institution, he mentions that within consumption there are certain growing habits. Among them, he cites the transactions that are made “through the internet in local shops and digital app stores such as cinemas. In the same way there is a greater use in payment of taxes and public services with cards, “he says.

Ignacio Maldonado, Executive Vice President of Business at Banco Pichincha, agrees with that, but clarifies that the main consumption continues to be made in supermarkets and other market niches. “40% of what we moved ($ 695 million) was concentrated in supermarkets, telephone companies, airlines, white goods”. Other entities add up to the places where health services are offered and the purchase of insurance.

This year the strategy is to continue encouraging consumption through ‘plastic’. The key, says Broos, is not only to plan alliances with establishments in low-tarnished niches (including e-commerce portals), but also to propose to the user the best credit conditions, linked to rates and payment times. In that, he says, we are working, as well as working on the mass use of debit cards. Although it is not credit, it is the tool with a growing use that is helping banks to reduce the use of cash in the market.

The debit, with the highest growth

Debit cards do not have more than 5 years in the market, but the greater use of this purchase tool is helping the country to strengthen consumption through cards. Last year, through these cards, nearly $ 2,000 million were invoiced. Five years ago, says Alain Broos, national manager of Credit Cards of Banco Guayaquil, that figure did not exceed $ 500 million. “People see it much more practical and functional to use debit, than to use cash. They do not have the need to go to an ATM to withdraw money and can better organize their consumption. “ The payment of digital services, increase their consumption. (I)

4 critical points of the economic plan