The Prosecutor´s Office closes its ranks against threats to prosecutors 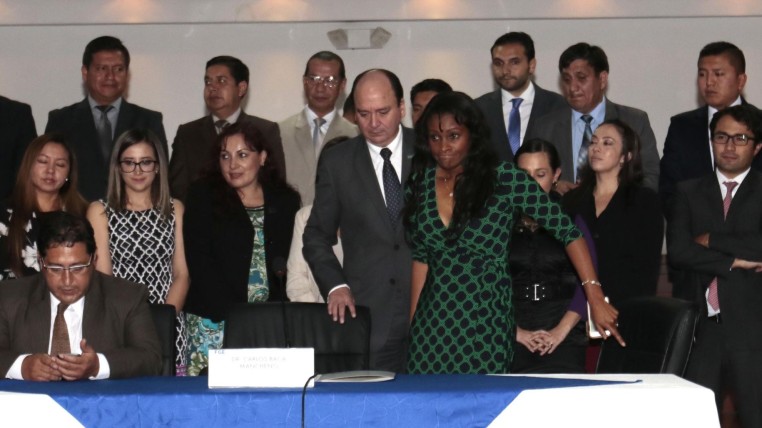 The Prosecutor’s Office takes a common stand in the face of threats against prosecutor Diana Salazar, coordinator of the Anti-Corruption Unit. These threats affect all members of the Prosecutor´s Office, Attorney General Carlos Baca said yesterday.

Baca backed Salazar, who was threatened last weekend. Baca did not mention names or cases but spoke of “powerful interests” that seek to obstruct the work of the Prosecutor’s Office. He reiterated that these “desperate actions by a group of thugs hidden under the mask of economic groups or political or social pressure, these actions of pressure show that we are on the right track.”

The previous week, Salazar received death threats through messages, calls and a video that demands her resignation. The People’s Liberation Front claimed responsibility.

Salazar was the one who found the evidence to link Vice President Jorge Glas in the Odebrecht corruption plot for alleged unlawful association.

Professor Lautaro Ojeda points out that threats should not be taken lightly. He believes that people affected by her investigations are behind those threats.

The reason? Ojeda recalls that “in recent months the can of worms has been opened and every day there is news that involves highest level officials.”

Salazar has only been the last to be threatened. The Public Prosecutor’s Office informed that up to October 23, 16 prosecutors were transferred to the Victim and Witness Protection System. (I)