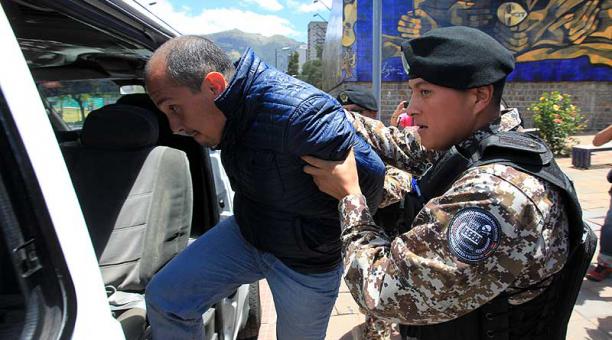 Alex Bravo, former manager of Petroecuador, is prosecuted for alleged illicit enrichment. However, yesterday he appeared to deliver his version in the alleged crime of bribery for which Jaime and Javier Baquerizo, shareholders of the contractor company Oil Services & Solutions (OSS), are arrested.

According to the investigation, this company would have paid commissions to officials of the state oil company Petroecuador.

During his version, which lasted 40 minutes, Bravo claimed he had not signed any contract with OSS.

However, the file, held by the prosecution, contains 15 contracts for the provision of goods and oil services, mainly for the Esmeraldas and La Libertad refineries for USD 39.2 million since 2011. These details are also known by the members of the Justice Commission of the Assembly. On August 9, they submitted a report to the Council for Legislative Administration (CAL) on Ecuadorians who established ‘offshore’ companies in tax havens. The 39 pages document explains that since last April 11, information was requested from nine public institutions to gather all the information.