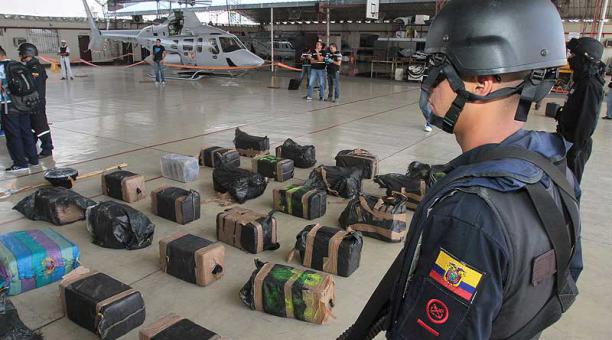 Guatemala has become the arrival point of most drug shipments departing by sea from Ecuador. Emissaries of Mexican criminal organizations, especially of Los Zetas and the Pacifico cartels, operate in that Central American territory and receive large quantities of cocaine.

Local agents admit and even claim that the Pacific Ocean is currently the main corridor to transport drugs from Peru, Ecuador and Colombia to the United States and Europe. In this scenario, the Galapagos Islands have been positioned as a strategic point of the mafias. Criminal networks supply their ships leaving from Manta and Esmeraldas with provisions and fuel, according to investigations of the prosecution.

Diego Perez, former provincial prosecutor of Esmeraldas, warns that criminal organizations use the international port network in the country (four public commercial ports, nine private and five regular fishing ports) to disembark the alkaloids. The large aquatic space prevents complete and effective control. The World Customs Organization reveals that only 2% of commercial containers circulating by sea is inspected on a global scale.