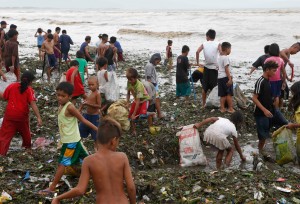 The winds of 150 km / h and gusts up to 185 km / h brought down trees and electricity poles, in addition to lift rooftops in the capital, where Government offices and schools were closed.

The typhoon lost strength before leaving the country on Wednesday afternoon, moving towards the north of Vietnam and the Chinese island of Hainan, according to Meteorologist Jori Loiz. The expert noted that the storm could regain strength across the South China Sea.

More than 370,000 people evacuated the threatened localities to wait in emergency shelters in six provinces.

Arrest warrant against Assange was ratified by the Swedish justice