The remission law will go through socialization before being processed 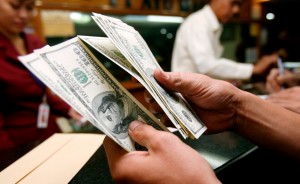 The new remission act would benefit the commercial sector.

The state will exempt citizens or companies that commit to pay 100% of the outstanding taxes with the IRS (SRI for its Spanish acronym), thus it was announced yesterday by Ximena Amoroso, director of the Internal Revenue Service (IRS) on the bill estimated to raise $ 500 million. “This law seeks to condone or forgive the arrear fines, interest and penalties merely as long as the taxpayer, or company, or citizen decides to pay 100% of their taxes.”

She expects that the Remission Act of Interests, Fines and Tax Charges is approved by the assembly, which was submitted on Tuesday. Members of the productive sector welcome this project, as it will benefit “the actors of the production chain,” said Eduardo Ledesma, director of the Association of Banana Exporters of Ecuador (AEBE).

Oswaldo Larriva (AP), chairman of the Committee of Economic Regime of the Legislature indicated that this project will be discussed in Guayaquil, Cuenca, Quito and Portoviejo, to continue with the first report that will go to debate in the plenary of the Assembly. Business representatives will be invited to the committee to be aware of the new law, which aims to encourage economic and productivity growth. The deadline of the assembly to enable the law is the end of April.