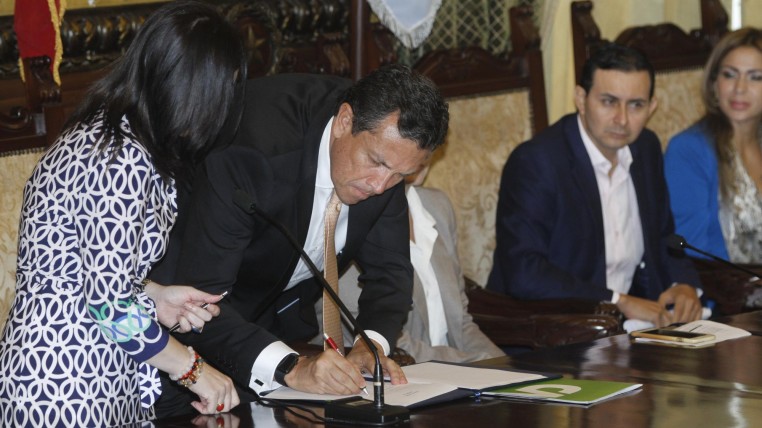 In 2014, Guayaquil joined the Cities´ Footprints project, promoted by the Andean Development Corporation (CAF). And in that year a study of the carbon footprint and the water footprint started to be conducted in this city;

the result was that the main sector that emits greenhouse gases is transportation, with 39% of emissions, especially by gas and LPG consumption.

The results were presented yesterday by Valeria Revilla, of the municipal Environmental Management, within the framework of the signing of an agreement for technical cooperation of the CAF with Water and Sewer Company of Guayaquil (Emapag).

Of that population, Guayaquil has 3’113.275 inhabitants, representing 75% of the population of the Daule basin.