The United States Ambassador to Quito, Michael J. Fitzpatrick , revealed on Thursday, July 2, 2020 that his country in recent weeks withdrew more than 300 visas from Ecuadorian citizens who are under investigation for corruption and other crimes . 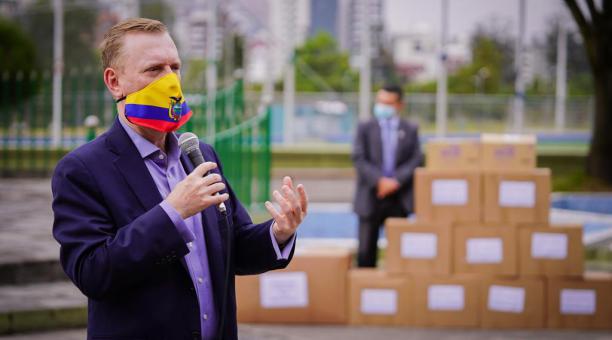 “In the last few weeks we have removed more than 300 visas , for example, from Ecuadorians involved in various investigations , and not only mafia groups , but also their families, ” said the diplomat.

Fitzpatrick emphasized that for the United States it is an “obligation” to withdraw these documents from those who use ” money stolen from the Ecuadorian people.”

“We do not want thieves, nor their money, in my country, on the contrary, we are going to continue international investigations,” he added.

His statements were made within the framework of a donation of protection supplies to the Ecuadorian Police , regarding the health emergency by covid-19 .