Three films from Ecuador ensured its premiere with a prize 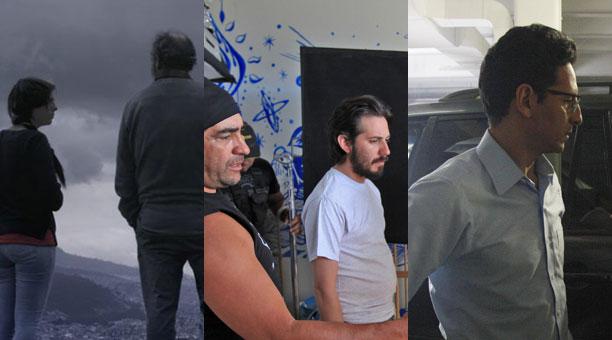 Three local films have reached their final stage of production and added resources to go to the national billboards. This is thanks to the award obtained in the 2017 call for film and audiovisual projects of the Film and Audiovisual Creation Institute of Ecuador (ICCA). Each one received USD 20,000.

Before his arrival on the big screen of the national cinemas, ‘Cenizas’, by Juan Sebastián Jácome, had its world premiere at the 35th edition of the Miami Film Festival, where he was part of the official selection to compete for the HBO Ibero-American award for films.

Andrew Hevia, the same producer of the winner of the Oscar 2017, ‘Moonlight’, is one of the three producers of this film. The second feature film by Jácome tells the story of Caridad (Samanta Caicedo), a girl who is trapped in a risk zone, before the imminent eruption of a volcano, and who will have to resort to her father (Diego Naranjo), to whom He has not seen in years, which will awaken an old family conflict.

The next international scale of ‘Cenizas’ will be at the seventh International Film Festival of Panama, where it will be part of the Iberoamerican Portal section, along with films like ‘Zama’ or ‘Una mujer fantástica’. The film will be screened on Friday 6 and Monday 9 April 2018, with the presence of the director and producer Irina Caballero.

The arrival of this film to the national cinemas is scheduled for June of this year.

‘Agujero Negro’ is another Ecuadorian production that will have its world premiere at the 20th edition of the International Independent Film Festival of Buenos Aires (Bafici). The film will have three screenings between Thursday 12 and Monday 16. The co-production between Ecuador and the Dominican Republic was filmed for 12 days, in August 2016, in Quito.

Co-written with Hanne-Lovise Skartveit, the director Diego Araujo staged a romantic comedy, in black and white, about a writer (Víctor Arauz), who goes into crisis when his life’s work is compounded by the unexpected pregnancy of his girlfriend (Daniela Roepke). This film is scheduled for commercial release in Ecuador for October this year.

‘The bad night’ is a drama directed by Gabriela Calvache that is in the last stage of post-production.

The film tells the story of a doctor (Cristian Mercado) who falls in love with a woman (Noelle Schonwald) with whom he meets clandestinely, without knowing that behind that relationship there is a world dominated by violence and abuse.

Calvache left on Monday, April 2, 2018, to Mexico, where post-production is ending. The sound mix is in charge of Jaime Baksht (‘El laberinto del Fauno’) and the sound design, Gabriel Reyna (‘Güeros’).

“The boss is my audience and I would like him to like my work,” said the director, who would premiere the film in 2019. (I)

Dominic Barona is ‘the surfer of the moment’