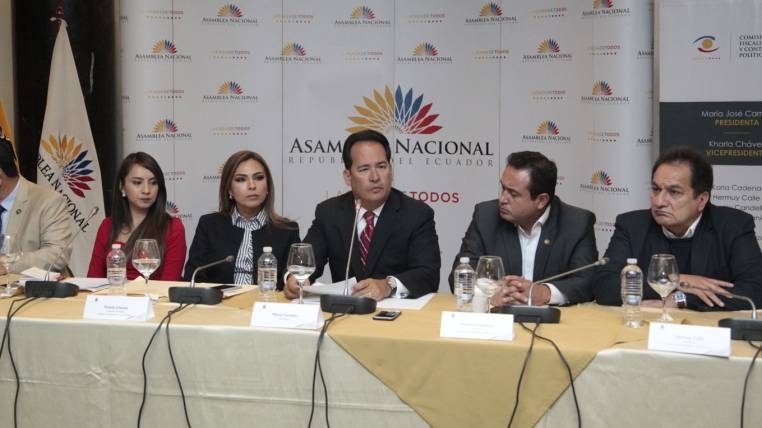 Accusers say the prosecutor did not justify how he obtained the recording. They argue that the audio was obtained illegally. Today the diligences follow.

An error that could cost him the position. The decision of the prosecutor, Carlos Baca Mancheno not to judicialize the audio between the former president of the Assembly, José Serrano and the former Comptroller, Carlos Pólit, where they talk about “getting off the prosecutor” put the head of the Prosecutor’s Office in the hands of the Legislative Power. A majority of 103 assembly members, on March 9, approved the interpellation.

Assemblyman Henry Cucalón, who is the interpellant, appeared yesterday to the Oversight Committee where he assured that the disclosure of the audio was done in an “illegal and irresponsible” manner, since he did not comply with the requirements established in the Comprehensive Criminal Code.

He assured that the filtering of the audio, constitutes a political-personal conflict, affected the institutionality and has caused commotion. “The handling of the test was not done legally. Thanks to their irresponsibility, criminal decisions of people who are involved in acts of corruption have been put at risk, “he said.

He insisted that Baca Mancheno never proved the legitimacy of the audio, and where it came from. And it went beyond. At his discretion, when the recording was made “illegally”, crimes punishable by law would have been committed: alteration of evidence and elements of evidence, procedural fraud, falsification and use of false documentation and violating the right to privacy. “It will be an independent and transparent prosecutor’s office that must determine the commission of crimes,” he said.

In as much, Guillermo Celi (SUM) and César Rohon (PSC) put in doubt the argument of Baca on which the audio was made known to him with a police part. They said that the police part was “forged under threats”.

The assembly members reiterated the need to censure and dismiss Baca. “It is necessary to give the Office of the Prosecutor independence and transparency,” they said.

Prosecutor requested diligences from the Commission

The public prosecutor, Carlos Baca Mancheno, requested as part of his defense, that the videos of the security cameras of the income, corridors, parking lots to the air and coverings of the Assembly be requested.

In addition, it required that the list of free removal officers who worked in the Presidency of the Assembly be sent between May 14, 2017 and March 2018. Meanwhile, the Ministry of the Interior must send a copy of the resume. of policeman Danny Ibarra. (I)