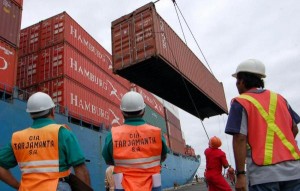 Ecuador and the European Union postponed for “a few days” the closing of the fourth round of negotiations for a trade agreement, according to a statement of the Ministry of Foreign Trade, posted on Twitter. This, due to sensitivities that have not reached an agreement in recent days.

“The process is in a stage of fundamental decisions, therefore is required to refine the mechanisms that ultimately regulate the development and bilateral trade”, says the official text.

Points of public procurement still have to be clarified, such as intellectual property which is intended to protect the appellation of origin of typical products such as the Ecuadorian straw hats or Italian European parmigiano cheese, for example.

If they reach an agreement, Ecuador will join the already existing Multiparty Trade Agreement between neighbors. And it will begin the approval process in the parliaments of both parties. In Ecuador, it must be approved by the Assembly, and the European Union must submit a trialogue, explained the political advisor of the EU in Ecuador, Mauro Mariani.