Trade union leaders call on a regulation that respects their rights 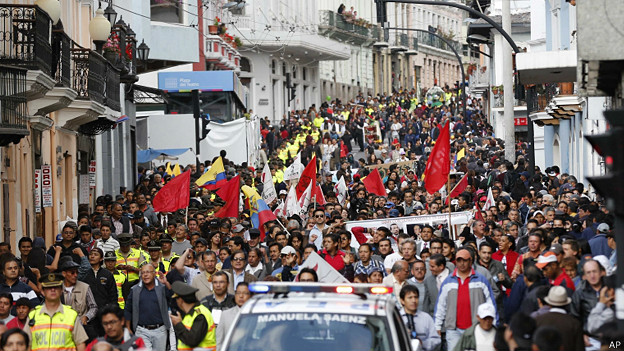 Following the announcement of President Rafael Correa that he will send specific reforms instead of a new Labour Code, representatives of trade unions assured that they do want a new regulation and not at their extent, but rather at the extent of respect for their rights.

“We want a law, but not flexibile. What we want is a current code, which guarantees labor stability. We never wanted a code for us, the laws are not for us, these are for Ecuador,” said the President of the Confederation of Class Organizations (CEDOCUT), Mesías Tatamuez .

The workers are demanding the respect to their rights to job security, strike, collective bargaining, freedom of association, wage policy, improved employer retirement,bonuses with the purposes for which these were created, food, motherhood and others.

The President advanced on Saturday that among the reforms will be the creation of the “zero dismissal” legal concept, for that pregnant women can not be dismissed under any circumstances.