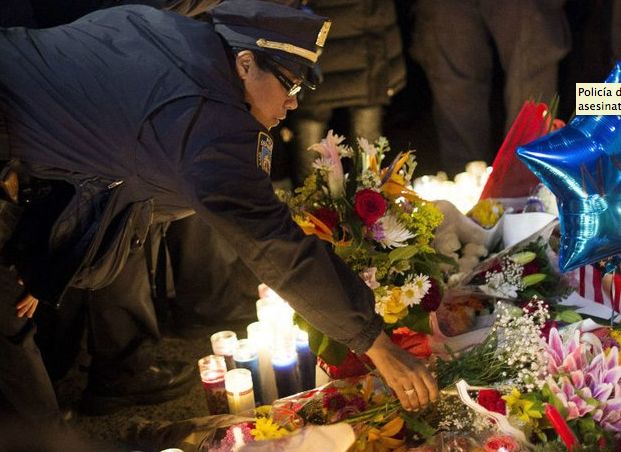 Two New York cops were killed by a man who apparently wanted to avenge two blackmen  whose deaths caused numerous protests in the United States in recent weeks.

The two policemen, Wenjian Liu, 32, a newlywed, and Rafael Ramos, 40, and a son of 13, were killed with a cold blood shot in the head when they were in their parked patrol in front of a social housing complex in Brooklyn on Saturday afternoon.

The attacker, identified as Ismaaiyl Brinsley, a black man aged 28, alleged member of the band Black Guerrilla Family and with police records, committed suicide after the crime on a subway platform.

The head of the NYPD, Bill Bratton, told reporters that none of the officers had time to draw their weapons and perhaps could not even see their assailant.

The mayor of New York, Bill de Blasio, and Bratton yesterday attended together  a Mass at the Cathedral of Saint Patrick, officiated by Cardinal Tim Dolan. At the scene of the tragedy people came to place candles and flowers.