Two pollsters reveal figures on the credibility of the Executive

The companies Cedatos and Perfiles de Opinión carried out, respectively, their studies in the period from February 18 to March 18. The results of these surveys were presented between the weekend and yesterday.

New results on the evaluation of the management of the chief executive, Lenin Moreno, were presented.

The surveys reveal modifications, according to two polling companies in the country.

Perfiles de Opinión is one of the firms that conducted interviews in Guayaquil, Quito and Cuenca in aspects such as the credibility of the President of the Republic, moods of the population and citizen identification of the problems existing in the country.

Paulina Recalde, director of the polling company, explained that the indicators are connected to the mood of the population, especially the economic situation. “It has been the expectation that has been maintained during these 9 months regarding what the economic plan will be.”

She also pointed out that these results can evolve once the measures are known. On the issue of the credibility of the Executive shows that it is a decreasing trend.

According to the samples presented, for Ecuadorians, the second indicator that worries is unemployment.

The study takes into account aspects such as security, poor administration, poverty, politics and corruption.

For its part, the polling company Cedatos, belonging to Polibio Córdova, reveals an approval to the management of the President of the Republic, Lenin Moreno, in urban and rural areas of the country, where it reached 60.1% in March 2018. 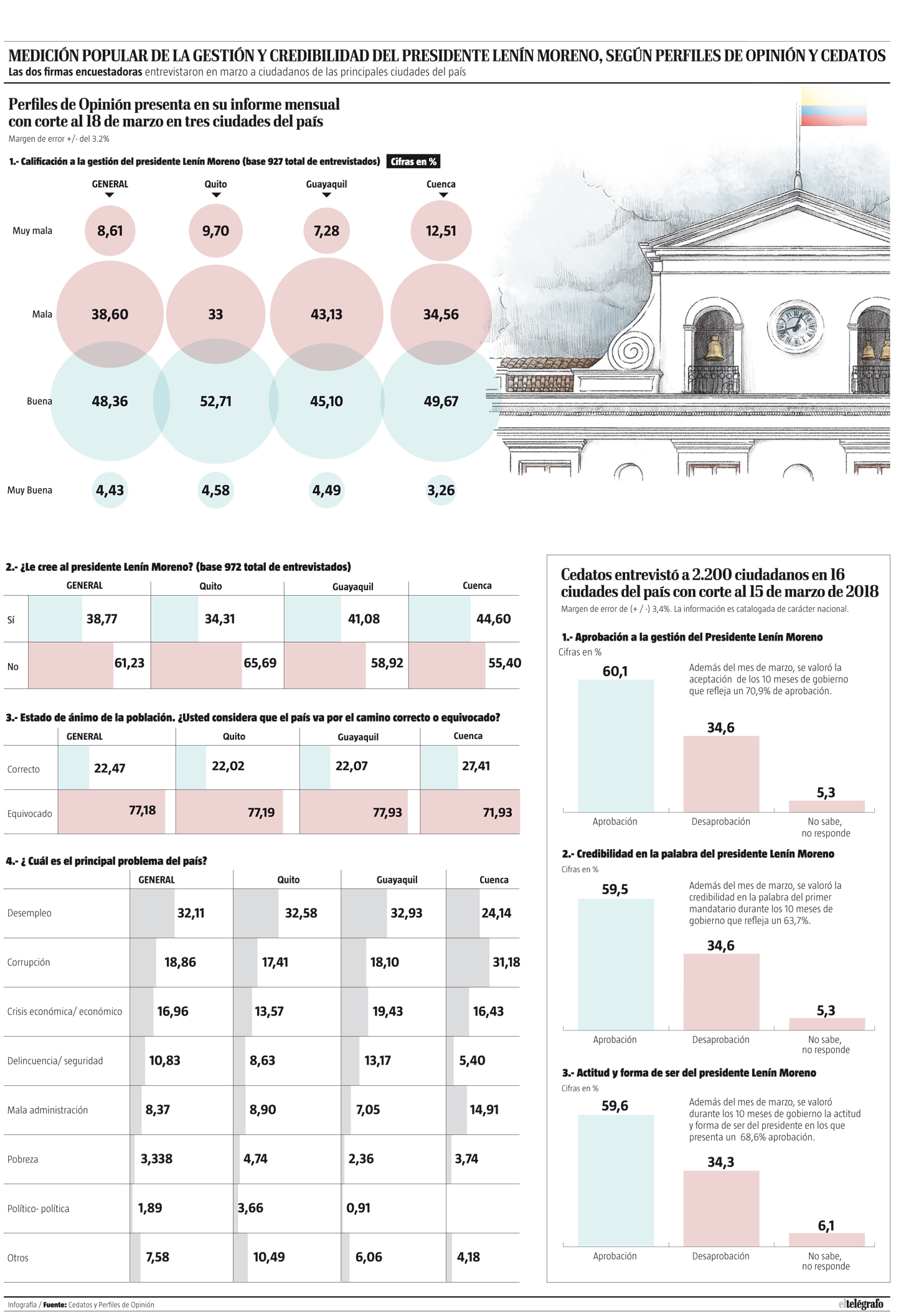