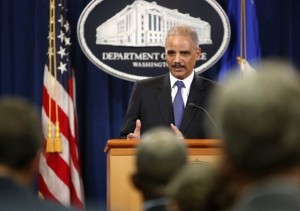 The United States yesterday denounced five Chinese military for infiltrating information from computers of many U.S. companies and a syndicate.

The military are accused of usurping secrets from some of the largest U.S. companies in key sectors such as steel, aluminum and nuclear energy.

The computer hackers which are linked to the unit 61398 of the Chinese People’s Liberation Army, obtained privileged information in litigation with American companies or benefited Chinese state-owned enterprises with their information.

“This administration will not tolerate the actions of any country that illegally try to sabotage American companies and undermine the integrity of fair competition in the operation of the free market,” said the Attorney General Eric Holder, head of the Justice Department.

Meanwhile, the Pentagon and intelligence agencies have strengthened offensive and defensive capabilities against possible cyber attacks on infrastructure and defense systems.