On Monday, according to official sources, the U.S. government deported 120 people, mostly children, from three Central American countries, of about 57,000 children who arrived illegally into its territory since last October.

“A plane departed (from USA) with 120 people, 40 from Honduras, 40 from El Salvador and 40 from Guatemala,” said the spokesman of the United Nations Children’s Fund (Unicef​​), Hector Espinal, while receiving the 40 Hondurans in the city of San Pedro Sula, 240 km north of Tegucigalpa. In the flight 18 mothers arrived accompanied by 22 children, the youngest of them just of 18 months.

Since October last year, at least 57,000 children and minors unaccompanied by adults, mostly from Honduras, El Salvador and Guatemala, were intercepted in the United States after entering the country clandestinely. 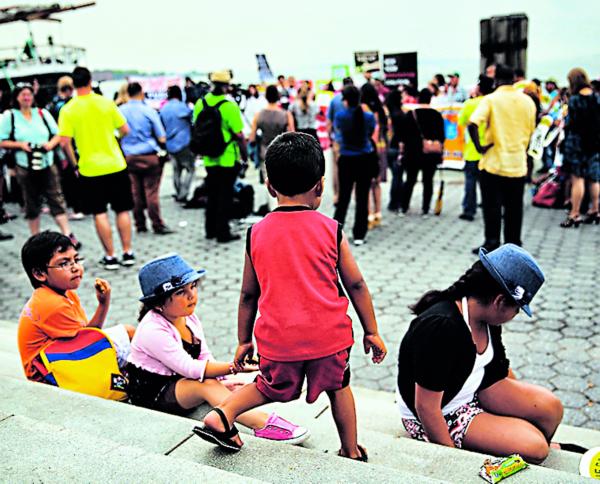