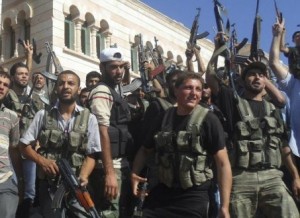 The UK designed plans to train and equip 100,000 Syrian rebels in order to overthrow President Bashar al-Assad, according to the BBC revealed today.

The initiative was elevated to Prime Minister David Cameron, the National Security Council and several senior U.S. officials, who rejected it for be “too risky”.

The plan included training and equipping an army of moderate rebels in Turkey and Jordan, a process for which an international coalition would be necessary.

The plan was introduced two years ago by the then Head of the British General Staff David Richards, who estimated that the number of civilian casualties in Syria could have been reduced, as well as confronting troops loyal to Assad.

10 years of the death of actor Marlon Brando are remembered