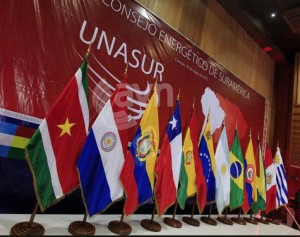 The Union of South American Nations (Unasur), had in mind a former governor of the region who would enjoy the acceptance of the 12 heads of state of the block to hold the charge of new Secretary General of the organism, said President Rafael Correa.

The candidate for this position would possibly be the former Brazilian President, Luiz Inacio Lula da Silva, but he himself has ruled out any possibility.

His name has gained strength after the meeting Correa held yesterday with Lula da Silva in Sao Paulo, to discuss the issues of Latin American integration and the regional agenda.

Although Correa declined to reveal who would be chosen, unofficially, among the candidates are: Chilean former Presidents Eduardo Frei and Ricardo Lagos; the Colombian César Gaviria, who was Secretary General of the Organization of American States (OAS) and Paraguayan former President Fernando Lugo.

U.S. expands sanctions against Russia by conflict in Ukraine