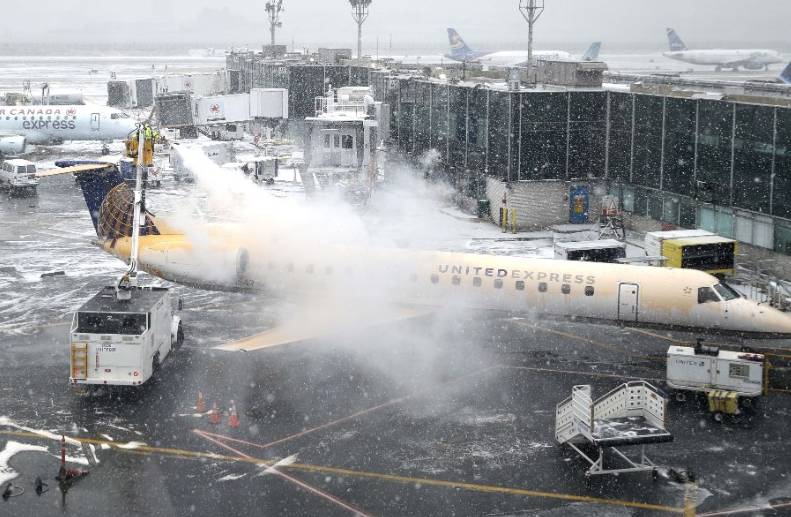 The arrival of a new snow storm in US Northeast on Monday caused the cancellation of more than 3,000 flights in the country, said FlightAware specialized site.

The airports affected are those in Chicago, Newark and LaGuardia in New York and Boston, according to the source.

55% of takeoffs and 48% of the landings at Newark were canceled. In Boston, the percentages were 54% and 45% respectively.

The New York JFK International Airport seemed less affected, with only 16% of takeoffs and landings 6% canceled.

The National Weather Service reported a “powerful winter storm” from Ohio (north) to New England (northeast), with snow up to 30 centimeters.

Schools and courts were closed on Monday in Boston (northeast), where last week had fallen more than 60 cm of snow.

Snow storm in the US. causes the death of at least 11 people