Rodas confirms that Quito will have its Subway 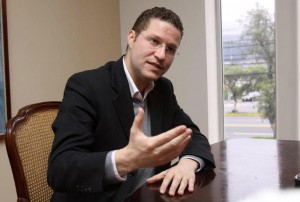 The Mayor of Quito, Mauricio Rodas, said that the plans for the construction of a Subway in Quito will be fulfilled. The Mayor noted that multilateral agencies and the City Hall will be the responsible to cover the fiscal gap.

Rodas said that multilateral agencies that fund the subway have given to the City Hall of Quito the report stating that the four bids are valid, and considering that the lowest bid meets all the requirements, they will advance the intended plan.

“We offered to build the subway for the people of Quito and we will accomplish that. We will negotiate to lower costs and then we will fund it,” Rodas said on his Twitter account.

Now, they shall undertake “the negotiation phase with the consortium that submitted the lowest bid … and the City Hall of Quito will be the one that assumes the difference resulting from this negotiation process,” he said.