USA controls Ebola from its airports 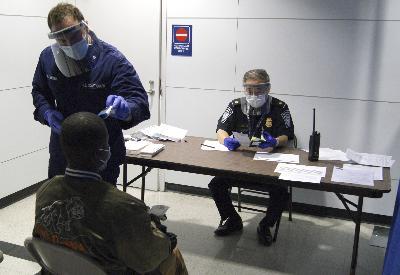 People who come to the USA on flights from Liberia, Sierra Leone and Guinea, countries affected by Ebola, should land on one of the five airports with control systems, reported the Department of Homeland Security.

The restrictions come into effect from October 22 and among them is subjecting the travelers to tests temperature at the JFK Airport, in New York, Newark of New Jersey, Washington Dulles, Atlanta and O’Hare of Chicago.

According to the entity, 150 people a day come to the US from these countries and 6% of that figure have been arriving at airports that are not among the chosen.

In addition, airlines, including Delta Air Lines, United and American Airlines, cooperate with the authorities to redirect that 6% of passengers to designated airports.

Francis Pope calls on Catholics to condemn the death penalty