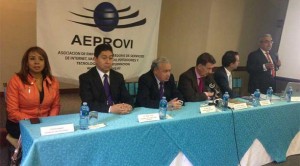 The Association of Telecommunications Companies (Asetel for its Spanish acronym) and the Association of Suppliers for Internet Service Companies (Aeprovi for its Spanish acronym) criticized the excessive charging of fees by 37 local governments for the deployment of telecommunications infrastructure (including the use of communications cables, satellite dishes for satellite television, mobile phone base stations and others). This associations ask for the creation of public policies to regulate these charges.

Decentralized Autonomous Governments (GAD for its Spanish acronym) in provinces like Guayas, Manabi, Los Ríos, Bolívar and Santa Elena charge up to 297 Unified Basic Salaries for the lease of land for the installation of antennas. In cities like Quito, Guayaquil and Cuenca, the GAD charge from one to four basic salaries.

Authorities from Aeprovi and Asetel indicated that telecommunications services such as Internet are in “risk of imminent paralysis” if corrections are not made.

Francisco Solorzano, President of Aeprovi, noted that this type of “disproportionate collection began in 2011, with the municipalities of Chimborazo (Bolivar) and Atacames (Esmeraldas)”.