Polls reveal slight advantage of Rousseff over Neves for the runoff 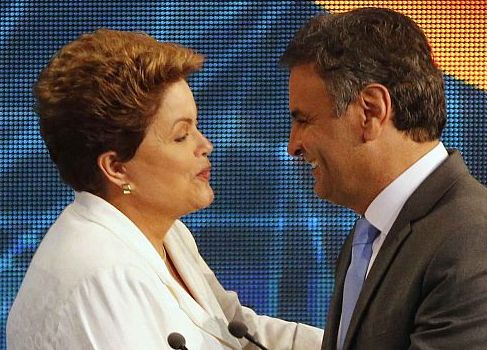 Brazil’s president and candidate for re-election, Dilma Rousseff, has a slight advantage over her opponent on the polls, Aecio Neves, although is still considered a technical tie, according to a poll released on early Wednesday.

Excluding null or blank votes, Rousseff, candidate for the Workers Party (PT, left), obtained 52% of the support, while the Social Democrat Neves (PSDB) would get 48%, according to Datafolha . With the margin of error of two percentage points, both candidates are still technically tied.

On Monday, a survey of the same company first showed Rousseff over Neves in preferences since the vote of October 5, also with 52% vs 48% of the valid votes.

In surveys published by Datafolha on 9 and October 15, who appeared at the head was Neves, with 51% versus 49%, but also in technical tie.

Rousseff would be favored with an improvement in economic expectations, according to Datafolha, in addition to a rebound in its approval.

On Saturday, before the runoff vote, the latest polls will be published.