The Venezuelan actress Gabriela Spanic was hospitalized this Sunday after being poisoned by nearly 4 months. Apparently her assistant Maria Celeste Fernández is the author of such cruel act; she put small ammonia sulphat doses in the actress’ meals.

Spanic was working on the set of “Soy tu dueña” soap opera, she plays 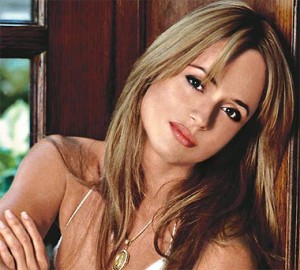 evil Ivana, when she fainted and the production staff had to call an ambulance. She was entered to the Angeles Hospital (Mexico) emergency room seriously intoxicated.

At the moment, the actress is in the intensive care unit, where doctors keep her sedated, medical prognosis is not public. Spanic’s family suggested fans to show their support by praying for the actress’ well being.

Gabriela doesn’t want the production to stop because of her, she’s planning to return to the set despite of the medical treatment she’s following to remove the poison from her organism. Talk about a hard working artist!