Victims of the Colombian conflict give support message for peace 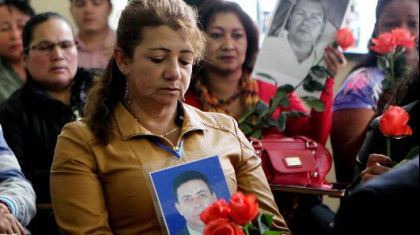 The victims of the Colombian armed conflict, who gave their statements on Saturday, August 16, to government negotiators and the guerrillas in Havana,launched a message of reconciliation and urged their countrymen to go for peace.

“If we, who have been affected by violence, we take a crucial step (…), Why not to do so the rest of the country, why the rest of Colombia should not forgive?” said Constanza Turbay, who lost eight family members at the hands of the FARC guerrilla group, including two brothers and her mother.

In this poignant testimonies session that lasted nearly nine hours, 12 victims of the half a century armed conflict talked.

They did not show hatred or desire for revenge and, despite having different political views, they stated that they had “unity readiness among us.”