West of United States is hit by cold wave 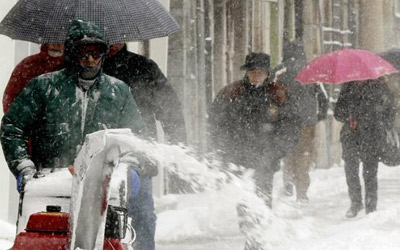 A cold current that yesterday hit the South of the United States threatens to decrease the temperatures to up to 6 degrees Celsius below zero, during the week.

In the State of Minnesota, temperatures forced the singers of the Salvation Army to cancel the december festivities, while the cold air penetrates the valleys of the Rocky Mountains and some low elevations keeps freezing in the West.

Paul Walker, meteorologist of the company AccuWeather, said that it is possible that a new storm will be developed in New Mexico and West Texas on Thursday and is directed to the East, which will cause snow and possible affectations in the electric service.

It is expected that cold air will continue until next week, and then will move to the East, where it will be less drastic.

It is predicted that temperatures in Denver will fall to – 17 ° C until Friday, and will remain in – 6 ° C until the middle of next week.

The authorities gave notice to residents to be protected from the risk of freezing if they are going to remain outdoors for a long time.

New York has also become colder than usual in early December and the large community of Ecuadorians in that city and other American cities’s have expressed, especially through social networks, the difficulties and affectations that the low temperatures are causing.