Both teams come into the second game with three points and a two-goal difference in their favor. A victory for anyone will ensure qualification for the round of 16. 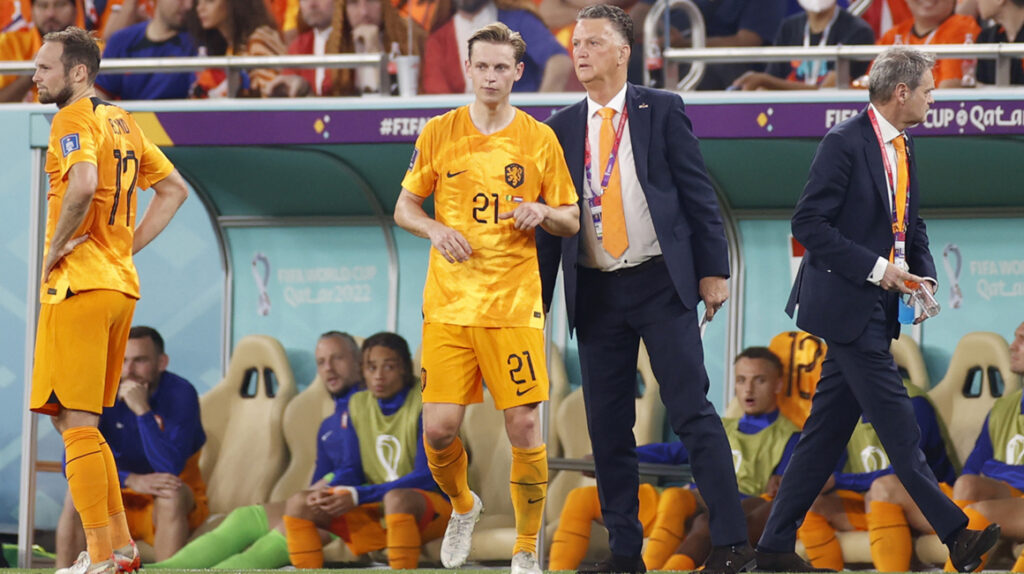 Ecuador or the Netherlands could become the first team to qualify for the round of 16 of the 2022 World Cup. The two teams won in their debut and will meet next Friday, November 25, at the Khalifa International, a stadium that was inaugurated in 1976, but was remodeled in 2017.

It will be a very difficult match for the Ecuadorian team. Not only because one of the most powerful teams in this World Cup will be up front, but also because it can be an unpredictable match from a tactical point of view.

The ‘Clockwork Orange’ has been used to playing offensively, with skilful and forceful players in attack. But Louis Van Gaal’s current squad was more defensive in the match against Senegal.

The Netherlands entered the field of the Al Thumama stadium with a line of five players in defense and kept it until the last minute. Van Gaal did not betray the idea of ​​him. Rigid and rigorous as he is, he kept the 5-3-2 formation, although the tie was almost written .

With the virtue of patience, the Dutch kept the goal at zero, despite the fact that Senegal tried to open the goal from different sides and was very close to achieving it.

But the defense led by Virgil van Dijk defended Andries Noppert’s goal very well. The Liverpool defender is the one who commands the European squad from the back of the field and is in charge of ordering the relays. Nobody does anything they shouldn’t.

When he goes up for a corner kick, one of the midfielders stays. Even Frenkie de Jong himself can take his place at times. Everything is planned and executed, beyond the result.

In fact, Van Diijk and De Jong are two of the key pieces in the coach’s tactical drawing. The Liverpool player is the libero who commands the line of five defenders. And the FC Barcelona footballer manages the game in the middle of the pitch. That’s where everything is cooked.

Against Senegal, the coaching staff and the players did not despair. They kept order and held up well on defense. That will be a point to be considered by coach Gustavo Alfaro.

La Tricolor has good offensive players like Gonzalo Plata, Romario Ibarra and Enner Valencia. But you have to take care of the counterattacks.

The Netherlands goals came after 84 and 99 minutes. That is to say, the ‘Clockwork Orange’ version 2022 is a team that can maintain concentration until the end, to settle a game.

Ecuador and the Netherlands will face each other this Friday, November 25, at 11:00 (Ecuador time), at the Khalifa International stadium, for the second match of Group A. It will be a very interesting tactical duel.

One of the new CPCCS members has an arrest warrant