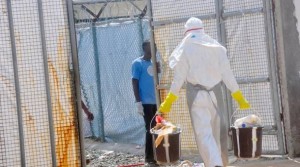 The World Health Organization (WHO) reported on October 29 that the increase rate in new cases of Ebola in Liberia is decreasing, which implies its first hopeful statement about the possibility of starting to bring the epidemic under control.

“The number of cases in Liberia begins to decline, but we must see whether this decline is real,” said the Director of the organization in charge of the operational response against Ebola, Bruce Aylward.

“I would put it this way: cautious optimism,” said the official, who said that the reason of  this trend change would be in the increasing of safe funerals and a major boost to information and sensitization of the affected communities.

Nestle will sell its coffee machines through robots