WikiLeaks was Interrupted for Six Hours 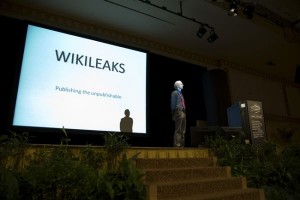 The website WikiLeaks has been revealing classified information of the United States diplomatic activities. It is now online alter six hours of interruption; the site has a new address since Friday, wikileaks.ch. The Twitter stated, “WikiLeaks moves to Switzerland.”

Several websites like EveryDNS.net announced that the interruption of WikiLeaks was because of hacking attempts. Since Sunday WikiLeaks has revealed over 250,000 diplomat documents from the United States, incident that enraged Washington and caused discomfort on many governments. On the other hand, the Agance Française de Press (AFP) informed that the site is housed on France in the servers of the society OVH and in Sweden. This occurred when the website Amazon expelled WikiLeaks from their servers.

To protect and distribute their information, WikiLeaks hid on two servers the Swedish Bahnhof since its commitment to the freedom of speech and the North American site Amazon.

The first server housed the information on an antinuclear bunker to protect it against physical assaults. But since WikiLeaks was expelled from the Amazon server. The site expressed their contempt on Twitter, “If Amazon is uncomfortable with the First Amendment (which protects the freedom of speech) it should stop selling books.” WikiLeaks replaced the American server with a French one according to the Wales media.