Work and educational activities are suspended by toxic cloud of 2.3 km in the Daule way 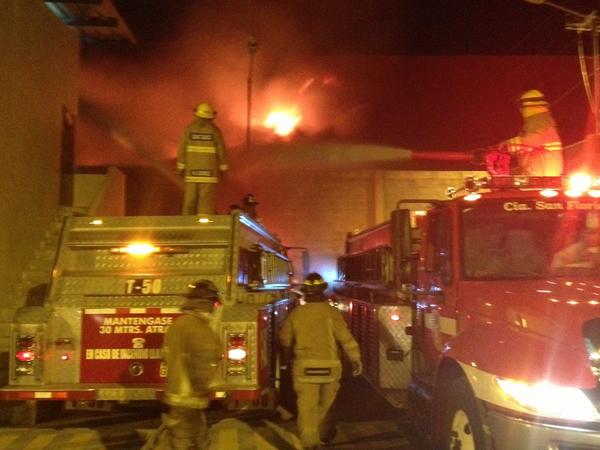 After the fire that happened yesterday just after 20h00 in the hold of the company Ecuaquímica, located at kilometer 6 ½  of the Daule way, the Emergency Operations Committee (COE for its Spanish acronym) of Guayaquil suspended all the activities in the surrounding area of the approximately 2.3 kilometers toxic cloud.

More than 100 firefighters rushed to the scene and controlled part of the incident, however, the fire could not be extinguished in the rear area of the cellar, that stored carbamate compounds, piretines, pyrethroids, chlorinated and phosphorus organs. It is further assumed that metal-based compounds produced the combustion generating a toxic cloud.

There is the possibility that the range of the cloud reaches 4 km by the action of the winds. At this, the COE decided to suspend work activities and classes in schools located in the area.

Interagua spokeswoman, Ilfn Florsheim, said that there is no possibility of contamination of drinking water by the last night fire.