Yachay, the emblem of the ‘excuses’ 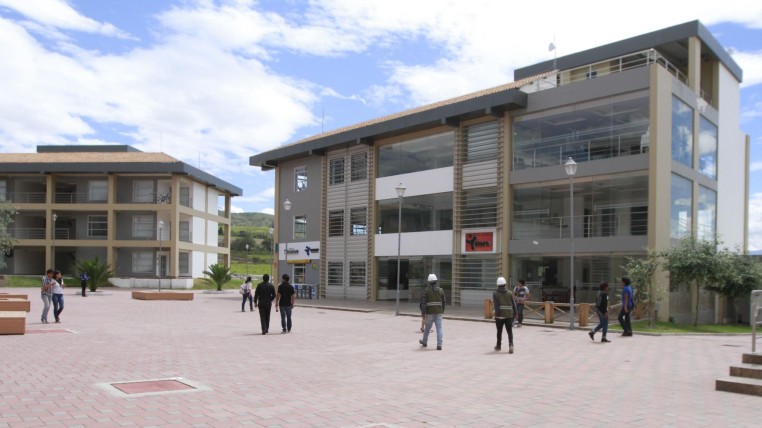 The jewel of the academic crown loses its shine. The University of Yachay, opened on April 1, 2014, and housed in a patrimonial building of the San José in Urcuquí Hacienda (Imbabura), has three problems that threaten its future.
The work, considered emblematic by former President Rafael Correa, shows administrative instability, lack of infrastructure and high salaries that, according to internal voices, have no justification.
In administrative matters, for example, the procession of rectors has been evident. In its three years of life, Yachay University has had five presidents.
The first president was Fernando Albericio. The departure of the Spanish president came amid criticism for his salary ($ 16,200), the few academic advances accomplished and the improper use of public funds. José Andrade, Daniel Larson, and Catherine Rigsby superseded him. Since January 7, the Mexican Carlos Castillo took the presidency.

The lack of infrastructure of the most expensive work of the administration of Correa (the whole project of the Yachay City of Knowledge cost more than 1 billion dollars) is added to the claims of scientist and experts. In 2014, Yachay started with 184 students. Three years later, there are 1,010 people. That is an increase of 82.1%. For September, 180 new students are expected. The university does not have the capacity to host – dorms and classrooms – that number of students. (I)

Organizations request that the trial against Carlos Ochoa is not filed