Around 7:00 p.m. on this February 10, 2021, the candidate for the presidency of the Republic for the Pachakutik movement, Yaku Pérez, spoke out before the new results of the vote in which an hour before he had a slight advantage over the candidate for the CREO-PSC alliance, Guillermo Lasso. 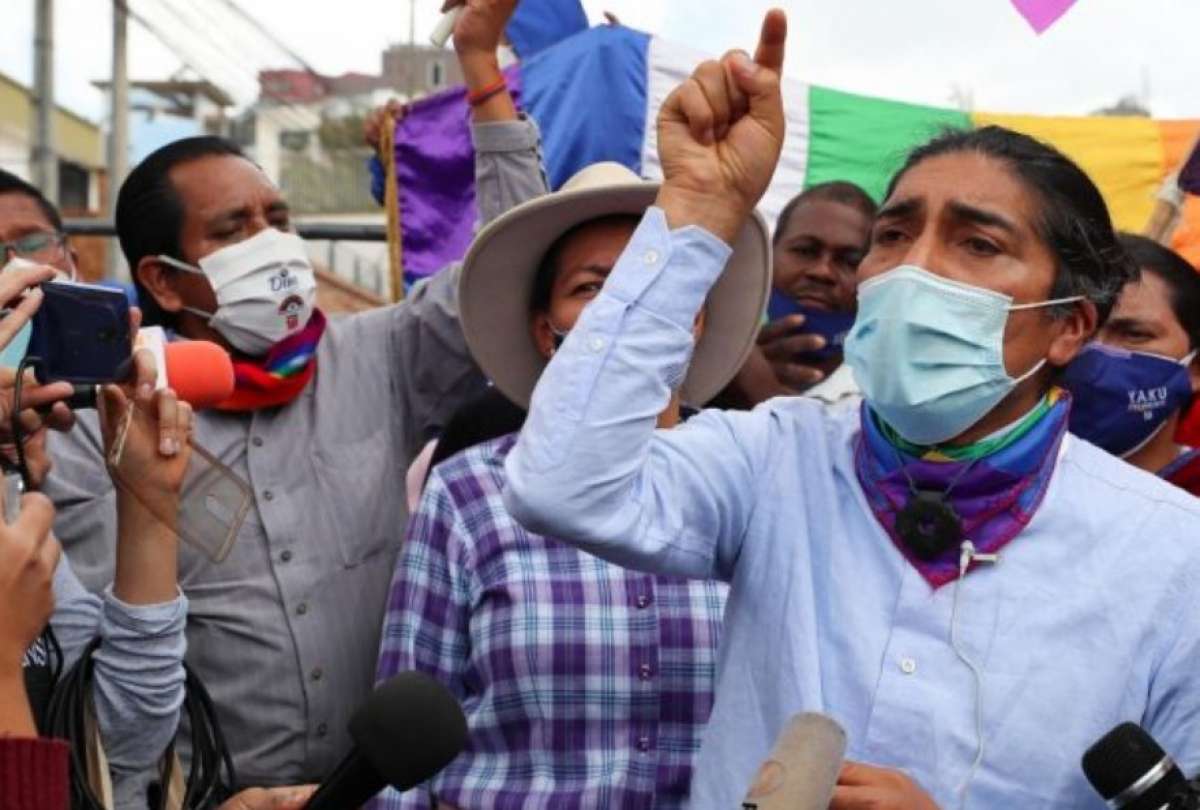 “Democracy is wounded, fraud was consummated today. It was all a vile deception, we are before a theater of bad taste, a caricature of democracy, “said Yaku Pérez.

Later he was breaking down how, in his opinion, the fraud was configured: those who scrutinize the minutes historically go up the figures by provinces, by cities and by cantons, however on this occasion they only rose by provinces, he stressed.

Another irregularity noted by the candidate is that inconsistencies in the records usually reach a maximum of 4% in the rural sector, however today the records that presented irregularities reached 15% in the urban sector.

He added that the members of the CNE did not allow cell phones to take photos of the minutes, but also the security seals were not placed and although he has insisted that the protocol be complied with, the electoral body does not accept that the scrutiny be transparent.

Faced with all these irregularities, he indicated that they are going to request the Comptroller’s Office to carry out a forensic audit in the provinces of Guayas, Los Ríos, Manabí, El Oro, Pichincha and Esmeraldas.

“We are going to request that the polls be opened to compare them with the minutes vote by vote. In 6 provinces we suffered fraud, we have records in which Lasso has 50 votes in the system and after the collation we find a vote, “he explained.

He also pointed out that he, on the other hand, is awarded a vote in the minutes in which he has 42, but also said that there are minutes in which they vote for his list, 18, and a phrase appears at the top of the ballot , all in order for that vote to be annulled.

“We have asked the new assembly members for Pachakutik, Dr. Venegas and Dr. Segovia to file a complaint with the Prosecutor’s Office,” he stressed.

He also pointed out that representatives of the OAS have stated that they are going to take note of all the news, but he complained that this is of no use to his request for surveillance since these observations will be taken into account for the next elections.

“We have legal, legal, legitimate tools, we will die standing up. We are tired of the corruption, of the outrages, we are exhausted but they will never bend us ”.

“The Ecuarunari also filed a criminal complaint yesterday because this cannot remain in impunity. I am a pacifist, I don’t want riots, but the people’s patience is running out, ”he added.

Finally, he said that whoever owes nothing is afraid and that the fraud has been consummated because they do not want to exhibit the B1 minutes, which are the matrix through which it is checked whether the vote count is genuine and that the exercise that he requests is recorded in the Articles 23 and 24 of the electoral regulations. (I)