Between February and March, the $ 286 million that represents the new bonus of unemployment relief of $ 500 (one-time) will be delivered for people who lost their jobs in 2020, mainly due to the pandemic. The idea is to deliver these resources to 570,000 families in which some of their members had lost their jobs. This was explained by the Minister of Labor, Andrés Isch. 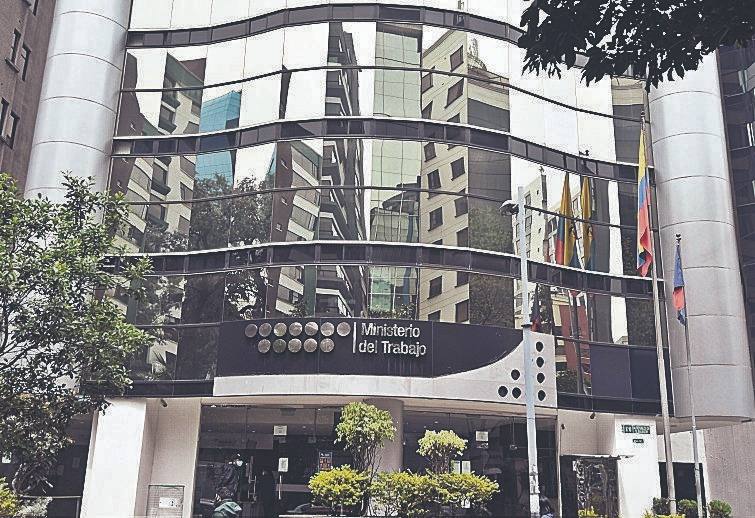 This aid is higher than that programmed in November of last year, when it was announced that $ 100 would be given to people who had lost their jobs.

At the moment, Isch said, the Ecuadorian Social Security Institute (IESS) is in the process of cleaning the databases in order to fully identify the beneficiaries. He explained that although, according to IESS figures, there are 200,000 disaffiliations in 2020, these are net. And he confirmed that 570,000 were lost in terms of dependency.

He also clarified that initially it had been thought of giving this aid only to people who had not recovered their work. However, he said that the Minister of Economy, Mauricio Pozo, has made a further effort and it has been considered that those who have already recovered their jobs could also become creditors of this bonus. However, it will depend on certain conditions.

For example, what was the income they had as a family will be reviewed, if the job recovery was part-time, among other issues. What is sought, says the minister, is that the aid be as widespread and also as fair as possible.

He even commented that if two people from the same family had lost their jobs, very possibly both should receive the bonus. He also clarified that the role of the IESS in this process will only be a vehicle for the delivery of the bond and that the money comes from the Government, not from that entity.

Last November it had also been said that a bonus would be delivered for those who earn the basic one and that it would be $ 60. On this issue, the minister assured that it will be done, but with the difference that it would be $ 50. He also highlighted the importance of the family protection bonds that are delivered to vulnerable families and that amounts to $ 120.

The minister insisted that these aid deliveries are not comparable with others that have appeared in connection with the electoral campaign and explained that the bond is financed with resources from the budget that is achieved with multilateral financing and with the optimization of resources of the State.

According to the official, all serious studies on monetary transfers have shown that they are effective, since they reach those they should reach. In addition, by having certain conditions or commitments with those who receive them, they help to maintain the children’s schooling, to undergo medical check-ups, to eat a balanced diet, among others.

Minister Isch explained the reasons why the National Institute of Statistics and Censuses (INEC) so far does not publish the employment figures as of December 2020.

He said that although it is an independent body, what is known is that ECLAC made recommendations to strengthen the process and the INEC has taken them up.

Additionally, the fact that from now on it must publish monthly figures, and no longer quarterly, has required important adjustments.

In any case, he pointed out that from the administrative records of the ministry, a constant recovery of employment is seen, and said that they hope that the INEC figures are consistent with these records.