1,962 people should receive the second dose against the coronavirus in Ecuador from this Thursday 11

In Guayaquil, the personnel of the General Guasmo Sur hospital were vaccinated; in Quito, at the Pablo Arturo Suárez hospital; and in the Hospital of Specialties of the Armed Forces. 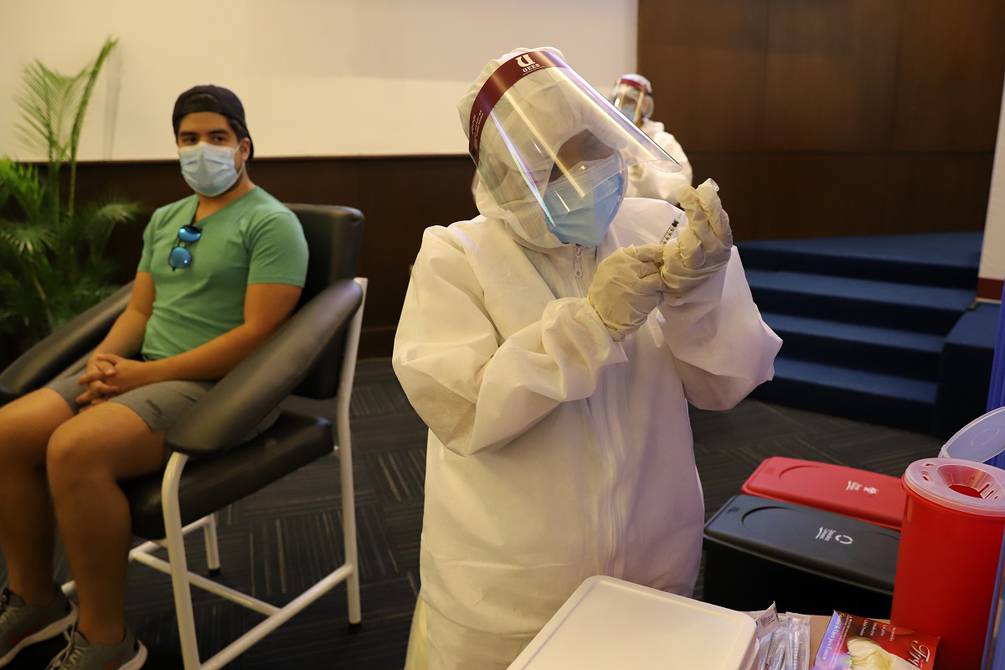 1,962 people should receive the second dose against the coronavirus in Ecuador from this Thursday 11

In addition, 20 older adults from the Cayambe gerontological center, in the north of Pichincha, and four caregivers from the entity that belongs to the Ministry of Economic and Social Inclusion (MIES).

Two doctors who were vaccinated in Guayaquil and one in Quito confirmed that they will receive the second dose.

In the Austro, the process should be carried out tomorrow, with the staff of the Vicente Corral Moscoso de Cuenca, Homero Castanier de Azogues and the José Carrasco hospital of the Ecuadorian Social Security Institute (IESS) in Cuenca.

One of the members of the Austro health staff commented that they did not have any information regarding whether or not the vaccine will reach them, however, they received a message telling them to be ready with the “possibility” of receive it, but not as a date and time confirmation yet.

“There is a lot of fear among all medical personnel and a lot of uncertainty as to whether or not they are going to give us the second dose …”, he said. Almost three weeks after receiving the vaccine, he said that he has not felt any discomfort.

After the first dose, on January 22, he mentioned that there was a little pain at the site of the application of the vaccine, which lasted about 6-8 hours, a slight general discomfort like a cold with some joint pain but slight which also happened after 8 or 10 hours after the vaccine, but otherwise no other discomfort or symptoms.

On Saturday, the second dose should be given to 18 people, in a private residence for the elderly, in Cumbayá, in the northeast of the capital, to 9 residents and 9 employees, where the mother of the Minister of Health, Juan Carlos Zevallos, lives. which generated criticism from various sectors. Although the official defended his decision, it earned him a complaint investigated by the State Attorney General’s Office.

That entity has requested new procedures and information within the preliminary investigation that is being pursued against Zevallos.

Next Monday, the second dose should continue in the provinces of Manabí and Chimborazo.

The first dose reaches a protection of 52%, according to Pfizer. With the second dose, which is received at 21 days, you have to wait until day 28, after applying the first dose, to have a protection that reaches 95%.

Fernando Sacoto, president of the Ecuadorian Public Health Society, mentioned that if the second dose is not placed at 21 days, the expected level of immunity will not be obtained.

The MSP had announced that 1,962 people will receive the second dose of Pfizer-BioNTech vaccines and with this the use of 8,190 doses will be completed, pending a second shipment that would arrive next week.

So far 5,976 health workers from 99 hospitals in the public and private network and 252 older adults from geriatric centers have received the first dose. In total, 6,228 Ecuadorians have been immunized with the 8,000 doses.

In the initial phase, according to the Government, 43,000 people will be vaccinated with 86,000 pending doses.

Ecuador highlighted the AgrotiendaEc program at the Andean agricultural forum