YASunidos will protest outside the CNE

Last Tuesday the environmental group YASunidos said they will organize a protest this Wednesday outside the National Electoral Council (CNE for its Spanish acronym), to express their dissatisfaction with the signature verification process, which they consider fraudulent and manipulated.

The activist also admits that some anomalies such as forged signatures or inconsistent data may have arisen, but he ensures that the group took the time to verify that the signatures were not repeated or falsified, since they could have presented many more signatures, more than 800,000. 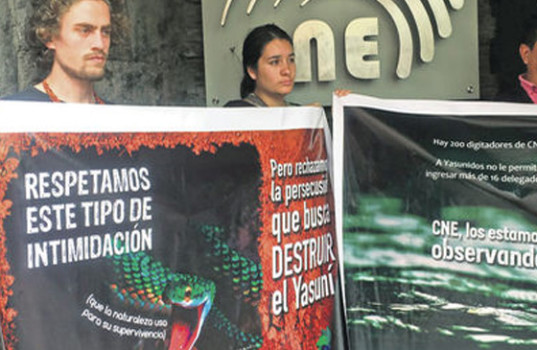 Pedro Bermeo (left) protesting outside the CNE on previous days.

Ministry and Municipality work in the port separately