During the announcement, Paredes presented a document signed by Secretary of the TCE which states that until June 17 (yesterday), until 09:30 they had not filed any action or appeal against the decision of the CNE, which established that YASunidos did not get the required number of signatures to call a referendum.

This, according to Paredes, “have closed all legal avenues, and we will proceed to process this decision to the Constitutional Court for the proper and relevant legal constitutional purposes.”

Meanwhile, spokesperson of YASunidos, Esperanza Martinez, said the group’s representatives will attend this Wednesday at 10:00 to the TCE to present their appeal, because, she said, the legal representatives of YASunidos believe the time for appeal is in effect. 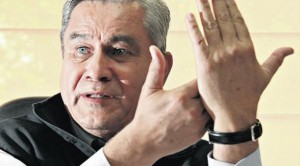