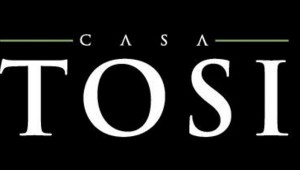 The inventory of the goods that are in the three casa tosi shopping stores in Guayaquil (Policentro, Plaza Mayor and Main Store) is done according to César García, managing director of the department store that closed its doors on Tuesday after 95 years of attending to the public .

Garcia reported yesterday that the merchandise is valued at $ 1 million and it deals with clothes, shoes and household items. “(Of) appliances we have nothing.”

He added that the sale of the goods would be held before the first half of May, after the settlement of the former employees of the stores are canceled.

Meanwhile, yesterday in main Casa Tosi (Aguirre and Pedro Carbo), in the downtown, with close doors, 40 people still work in the shop taking care to pack the goods, according to Garcia, are  to be taken to another local (Policentro or Plaza Mayor) to arrange the sale.

He said that will not be bargain sale, but will have similar promotions and discounts offered by the store normally. “Yes, there will be a discount, but it will be restricted.”

About payment to suppliers and collecting debtors, Garcia declined to give details until the settlement of the former employees are not canceled. “It is clear that  the workers are the first ones”

Politicians face each other over import issues