3117 vehicles are landing in Manta Port in one day 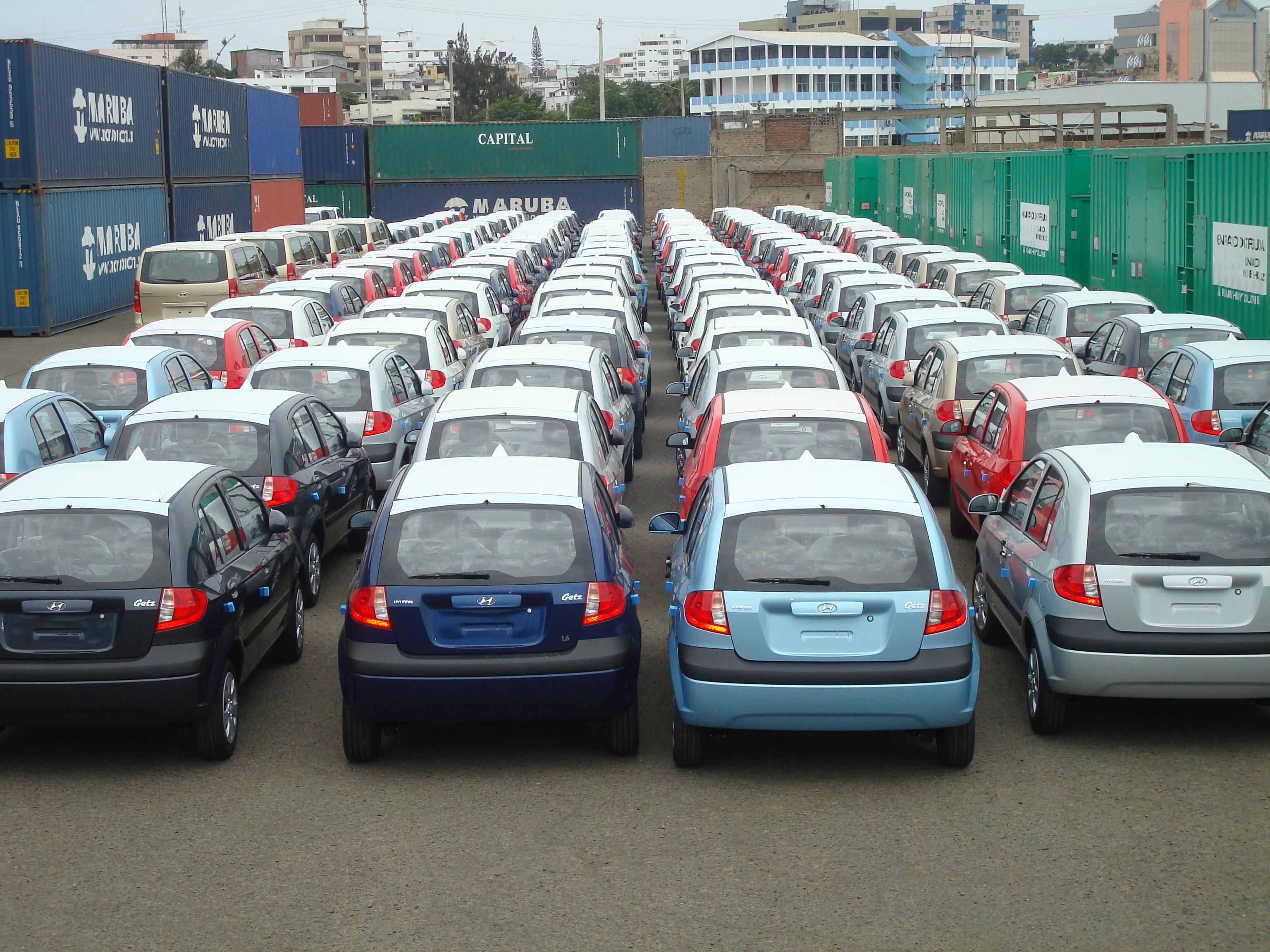 In 2 freighters, the cars arrived at the Manabi port. Both ships anchored in the international wharf two. One arrived at dawn and the other after noon.

The dawn of November 15 marked a historic precedent for the Port of Manta. From 03:30 when the Auto Banner Panama and Progress Ace ships anchored in the international dock two of the port terminal of Manabí

Both vessels arrived with a historical cargo, 3,117 vehicles. It was the largest disembarkation of light vehicles that was made in a day in the Manabi port.

The Panama Banner Auto was the first to dock at the Manta terminal. As of 03:30, and the download began at 05:00, the disembarkation maneuvers began. 80 professional drivers intervened to lower the vehicles.

They were from 03:00 and they waited for the whole protocol to be developed, which in these cases is in charge of the authorities of the National Navy, the Migration Police, the Antinarcotics and health personnel.

Daniel Delgado is part of the drivers team. On November 15, he had the responsibility to help supervise the work of his friends. “You have to be attentive first when the ship enters, with the help of two tugboats from the open sea towards the dock, after all the details that the authorities look at and then the docking of the ship,” explained Delgado.

Once the ship is next to the dock, a large metal ramp is slid to the concrete floor. Then the 80 drivers enter. They wear white coveralls to comply with the security codes. Everything is calculated. The drivers walk through the internal paths of the first floor marked with yellow lines. Vessel personnel give the order to raise the Chinese brand vehicles that lie in the steel pile.

One by one the vehicles leave the ramp. Delgado plays a whistle, is the safety signal for drivers to be attentive to each maneuver. While half of the drivers take the cars to the port yards, where they are stored, the rest locate the cars at the foot of the pier.

They are very fast, in five minutes they arrive at the assigned yard for this lot of vehicles. Then they return to the ship in four vans. Carlos, one of the drivers, knows that we have to take advantage when the cargo is available, this time the work is good, there are more than 3,000 cars, the maximum we had landed are 2,400 vehicles, he said. Drivers take 30-minute breaks to eat. The first is in the morning for breakfast, the second at lunch time and the third at night for snack.

They do not leave the port, we bring them food in plastic containers, in this type of work you have to be agile, especially the time counts especially for the shipping agencies, because they pay per hour to be stuck to the dock while the vehicles are disembarked, said Delgado.

The unloading of the first vessel took until 15:40. Later, it was the turn of Progress Ace. After about 5:30 PM the drivers returned. They took the time to maneuver to take a break and then continued with their work.

According to Delgado, every hour they unload between 250 and 300 vehicles. The drivers are served coffee to stay awake, it is a historic day for Manta and for us we must finish it with quality.

The vehicle discharges in the Port of Manta have presented a historical maximum in 2010, when 40,694 motor vehicles entered during the 12 months. 2016 was the lowest year with 13,713 vehicles and so far in 2017 the figure stands at 34,032, according to data from the Port Terminal of Manta

The manager,  Roberto Salazar, assured that the Manabi port is one of the places where the unloading of cars can be carried out with great agility. The first boat arrived with 2,239 vehicles and the second with 879, he reported. The first cars are of Chinese origin and those of second ship come from assemblers of America

The next days the owners of the cargo will carry out the tasks of customs clearance of the vehicles. Then come the maneuvers to get them out of the yards. The vehicles will be taken directly to dealerships nationwide for sale. 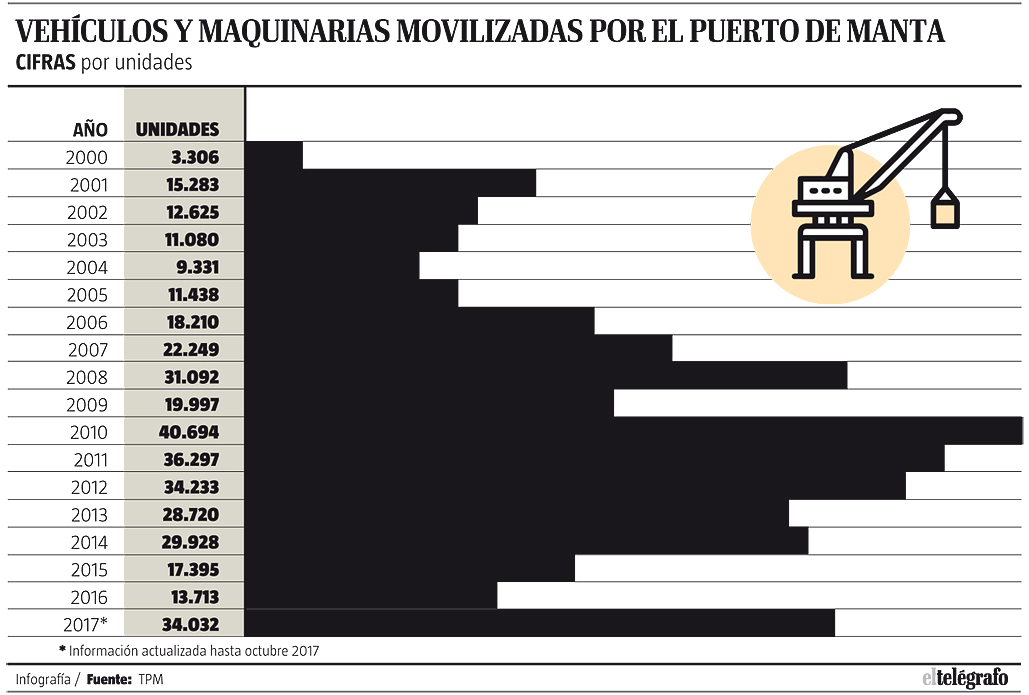 In 14 hours of maneuvers the 3,117 vehicles were unloaded, that marks a record in agility, in addition the capacity and preparation of the personnel of the port was conjugated, assured Salazar.

“Manta for being on the open sea is one of the maritime terminals with the most dynamism to handle this type of requirements from the shipping companies,” he said. The entry of the vehicles boosts the local economy, because the new vehicles have to be supplied with fuel at the gas stations and then take them to their commercialization destinations in the cities of Quito, Guayaquil, Cuenca, Ambato and Santo Domingo. (I)