32 pending campaign offerings on the agenda of Lenin Moreno 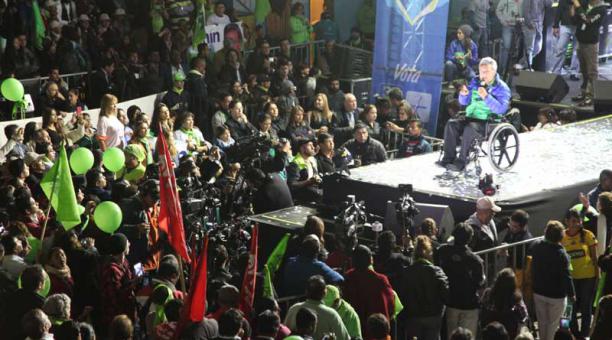 During the 66-day campaign, President-elect Lenin Moreno made at least 32 offers. He pledged to build hospitals, universities, roads and raise the amount of the human development bond (BDH for its Spanish acronym). Also, to reduce the value added tax (VAT) and increase the number of training institutes.
As far as the economic aspect is concerned, the new president will face difficulties, since the offers, for the most part, require a massive investment.

Economic analyst Alberto Acosta Burneo recalls that the state budget last year was USD 670 million, compared to that of 2013, which was of USD 1 billion, evidencing a decrease.

And as he explains this responds to the changing economic reality of the country over the years, partly because of falling oil prices and the increasing public spending. “Moreno receives a government with unbalanced accounts and a high annual deficit.” He adds that if the Government wants to fulfill these offers of social nature, it will have to find a way to pay them. Burneo Acosta discards that the oil revenues manage to raise enough money and bets for a reduction of expenses within the state apparatus. Even one of Moreno’s offers was to create more jobs in this sector.

The last month of Rafael Correa in office