After a study, the Government identified 640 works featuring financial, technical and legal problems. Authorities of the National Secretariat for Planning and Development (SENPLADES), the Works Procurement Service (Secob) and the Ministry of Transport and Public Works (MTOP) participated at a meeting, and a first diagnosis was presented.

Planning Secretary Andrés Mideros reported that for these 640 works contracted since 2009, an original investment of $ 2,138 million was envisaged, but it increased to $ 3,975 million, and the settlement of approximately $ 956 million is still missing. “Many of these works are finished, but contractual and legal problems linger, which put their operation and maintenance at risk. (I) 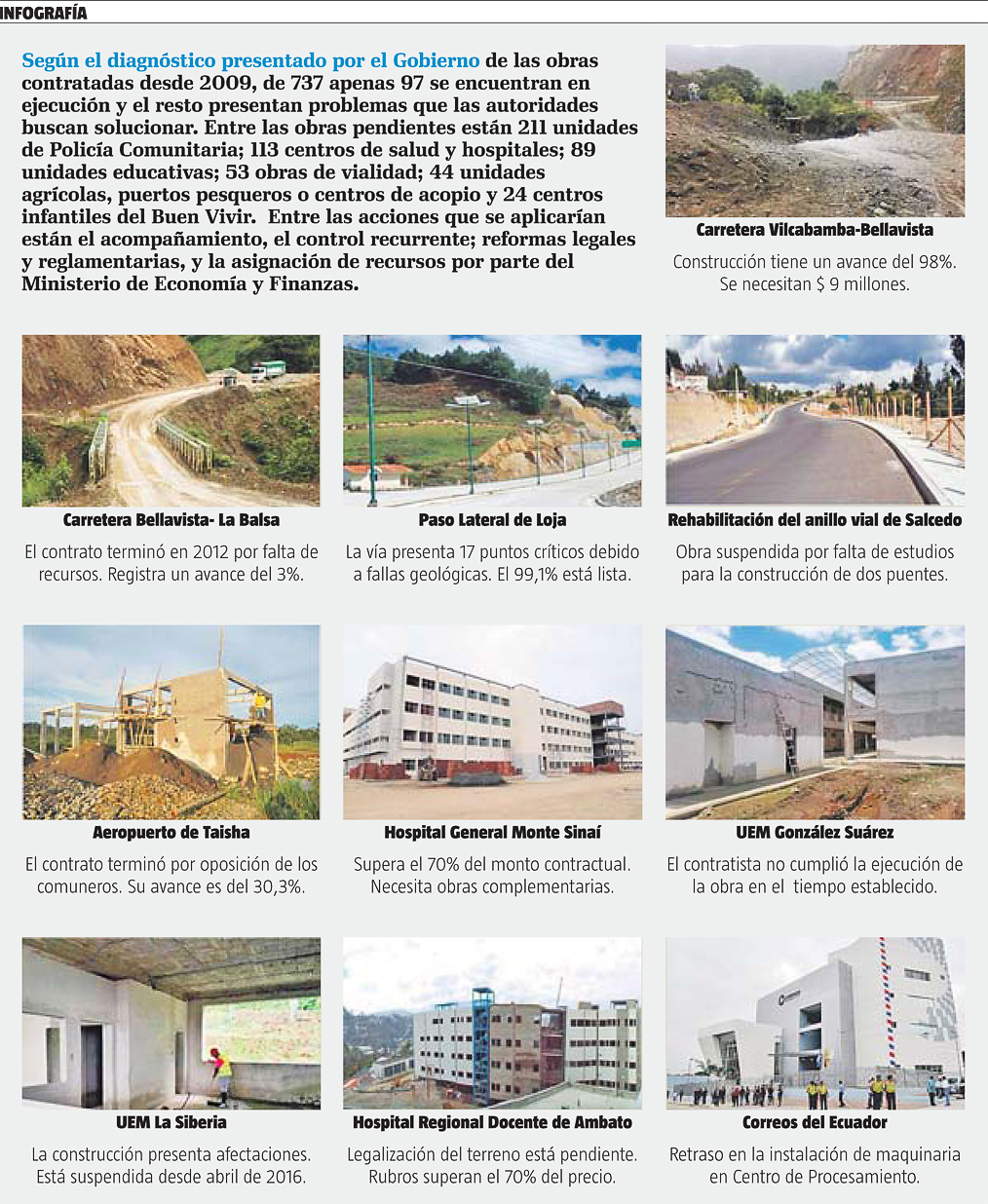 The ‘Casa Lista’ project will benefit more than 5,000 families