The Andean condor is more than an emblematic bird, perennial in the top of the Ecuadorian coat of arms. Its importance in the ecosystem lies in its role as a scavenger and waste processor, and in the final destination of the organic matter of dead animals in the moors. “It’s similar to what garbage collectors do in the city. Without this service, the decomposition could take many days and be a source of infection,” explains ornithologist Juan Carrión.

The first census of the Andean condor, conducted in 2015, estimates that the population of this species reaches 102 individuals (in the wild). Of these it is known that 30 are males and 36 females; Of the sex of the rest has not been determined.

“Most of the feeding or sleeping areas for condors, are private (75%) and 25% are in charge of the State, which implies the urgency to protect the species in these spaces,” says Hernán Vargas, a scientific researcher at the Pilgrim Fund of the Cóndor Group. (I) 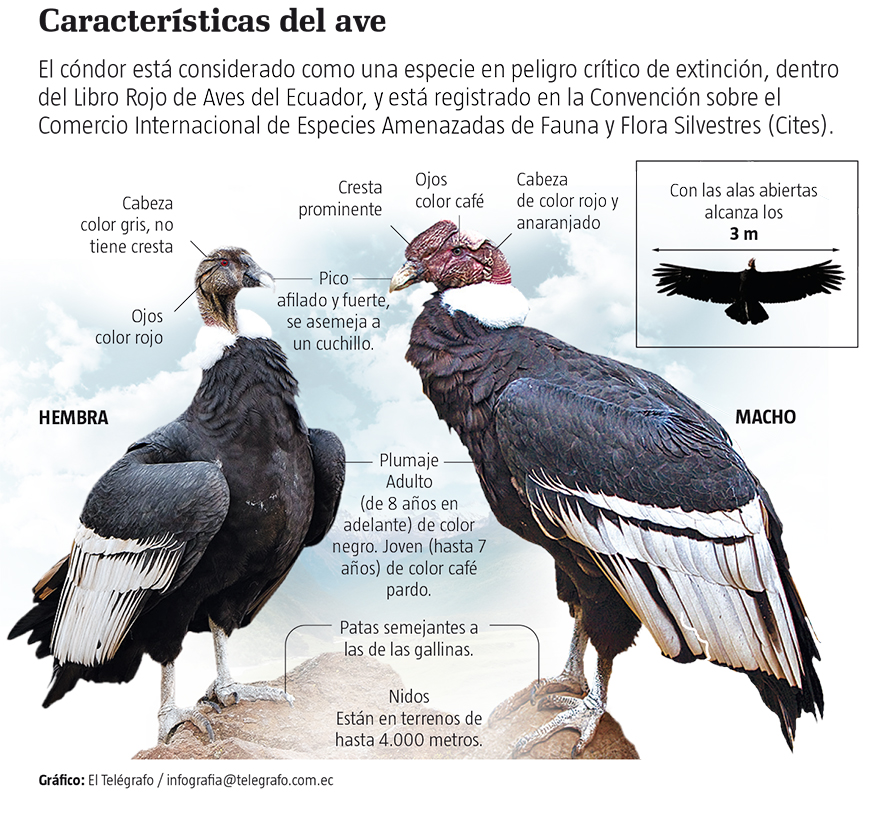 The overproduction of orange plummets prices in farms