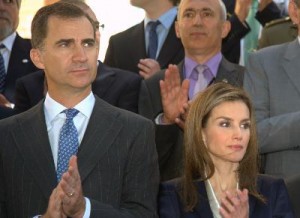 A survey by Metroscopia for El Pais newspaper showed that most Spaniards would be in favor of Philip VI to encourage agreements between the divided political parties and regions.

The monarchy has so far remained outside of the political rivalries in the recent years, and it is attributed to Juan Carlos I to have a crucial mediating role during the transition to democracy in the 70s.

The survey of El Pais newspaper done to 600 people showed that the 75% would support that the new monarch actively generates agreements between political parties if politicians do not.

Military intervention in Ukraine is discarded by Putin