When in 2009 former President Rafael Correa began to mortgage 1,325 million barrels of Ecuadorian crude, in exchange for – in 8 years – receiving more than $18,000 million in credits with China, he believed that this country “was doing the right thing by placing its resources in the development of projects in Ecuador”. The first does not sound so crazy, in fact, the negotiation turned out to be a feast for the Asian oil companies that not only bought the crude at a low price but also benefited from the juicy but illegal resale; but the second, such progress, never happened. On the contrary, today it is known that said hydrocarbon policy, around the commercialization of oil that sought to put an end to intermediation, left a fiscal loss amounting to $4,771 million. 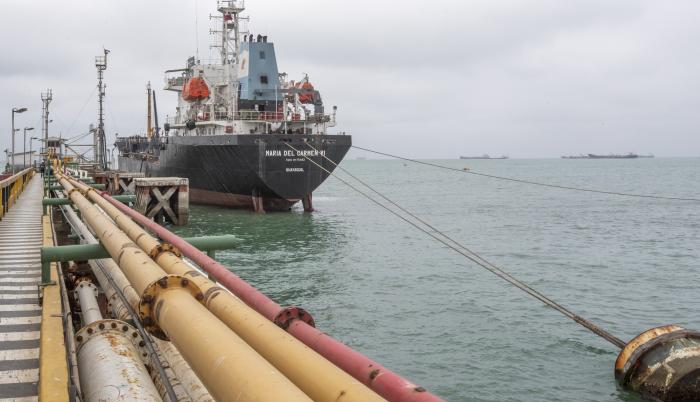 The pre-sale contracts are involved in the midst of allegations of the payment of millionaire bribes.

The figure arises from an official calculation made by Petroecuador itself, within the framework of a legislative investigation that began 10 months ago and that is reflected in a 227-page report that this Wednesday will reach the Assembly’s Oversight and Political Control table. National. The purpose is to know details of the plot and find a sanction. Here is a guide to unravel and understand the case.

1. The change in oil policy arises in a context of claims by the Correísta government for the high profits that historically were made by “intermediary mafias” that participated in the marketing of crude oil. Under this argument, the country reoriented its oil policy, through direct agreements: from government to government that were executed through strategic alliances, which eliminated the well-known tenders and offered mutual benefits.

According to the legislative report, to which EXPRESO had access, under this scheme, between 2009 and 2016, Ecuador received credits for $18,470 million (with interest of up to 7.37%) in exchange for offering its oil as a form of payment. and warranty. There were thirteen commercial contracts , where -until 2024- the delivery of 1,325 million barrels of crude was committed to the Asian companies Petrochina International Company Limited, Unipec Asia Co Limited and PTT International Trading Pte. Ltd.

But the agreed volume shows that five times more oil was committed than required to cover the debt of $ 18,000 million. The problem is that the price of crude delivered was calculated below what was offered in the market. The Ecuadorian oil company estimated, when comparing the spreads for the year 2021, of long-term contracts and Spot sales, a loss of $3.69 per barrel for Oriente crude and $3.61 per barrel for Napo crude, a spread that leaves a tax loss of $4,771,612,800.

But not only that Ecuadorian crude oil came to be priced at a lower value, but also that it became the jewel that would leave Chinese companies and European banks huge profits, since such intermediation that was sought to be avoided never happened. The Strategic Alliances agreement, cites the report, obliged China to receive and transport Ecuadorian crude to its refineries, but that was not fulfilled. The resource was placed in the hands of the multinational company with Russian capital, Gunvor,today investigated in the United States, since this firm associated and made agreements with ING, Geneva branch, Natixis of Paris, Credit Agricole of Switzerland and Société Générale of France. The end: resell the crude. If the 1,174 million barrels delivered for a minimum cost of $50 a barrel are taken into account, the result is that Ecuador put in the hands of Asian companies and their intermediaries a business that generated more than $58,700 million, a figure that covers more than 50% of the debt.

In this case, the State Comptroller General’s Office has already issued $174.7 million in glosses against former officials of Petroecuador and Asian companies and three reports with indications of criminal responsibility, for delivering crude oil at prices below the price of market and sign contracts without support in technical reports. In the general report DNA6-0012-2017, the Comptroller observed, for example, that the free destination of the crude oil granted under contract to Unipec was delivered to 12 different countries such as Chile, Panama and the West Coast of the United States. Petroecuador did not verify that the destination of the negotiated shipments were the state refineries, “ignoring the international marketing procedure.”

Legislator Fernando Villavicencio explained yesterday that the report that will be brought to the attention of the assembly members today has nearly 20,000 supporting documents. As conclusive evidence, he assures, there is a file from the New York Court of Justice that, in April 2021, accepts the statement of a former Gunvor employee, Raymond Kohut, where he publicly admits that he paid bribes and commissions for at least $ 70 million to Ecuadorian officials and lobbyists for Asian companies to be awarded contracts for the sale of crude oil in Petroecuador under very favorable conditions.

Among these documents, adds the assemblyman, there are also the agreements, the signed commercial contracts, the shipping records delivered by Petroecaudor and PetroPerú, which confirm that the oil was delivered by Ecuador at lower market prices. Today that they are no longer under reserve , the plenary session of the commission will be able to analyze them to observe the report, deny it or approve it. If it is rejected, Villavicencio mentions that he will still send the documentation to the Attorney General’s Office and to the courts of several countries such as the United States, Peru and China. The goal is to investigate and punish those responsible.

Effects of the war on the increase in food and fertilizer prices is discussed at the 37th FAO Regional Conference, in Quito