A possible sanction against Russia puts Ecuadorian exports at risk

The effects of the conflict in Russia and Ukraine will not only affect these two nations, it will also affect other destinations such as Ecuador. The Minister of Production, Julio José Prado, wrote on Twitter: “Russia’s conflict with Ukraine is already generating negative effects for various export sectors, so we are coordinating actions with our commercial office in Moscow. Likewise with the Ecuadorian Foreign Ministry other actions are coordinated”. 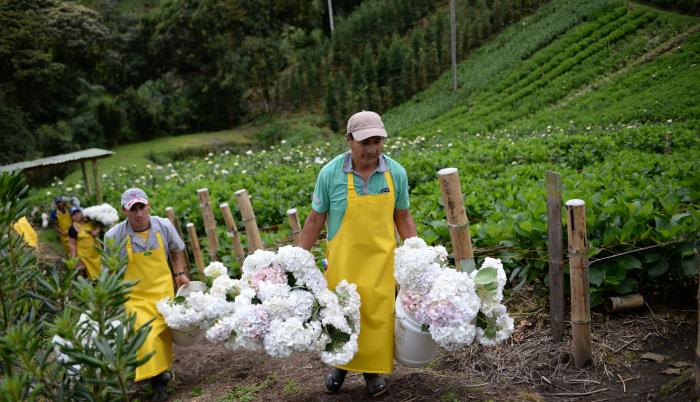 Ecuadorian flower growers would be affected by the conflict between Russia and Ukraine.

Flowers and bananas are the first affected sectors. “The port and customs of Odessa, which is on the Black Sea, are not working and that worries us because 21% of our banana exports go to Russia,” José Antonio Hidalgo, executive director of the Association of Exporters of Bananas, told Diario EXPRESO. Banana from Ecuador (AEBE).

A similar situation is for flower exporters. “A 14% of the flower that Ecuador produces is placed in these markets ,” said Alejandro Martínez, president of the National Association of Producers and Exporters of Flowers of Ecuador (Expoflores).

Hidalgo explained that there is a meeting in Brussels of the ministers of the European Union states, to determine sanctions for Russia and among them would be to exclude them from the international banking system.

Under this possible scenario, it is very serious if there is a closure of financial connections, because that will make it difficult for buyers to pay for the products received, in this case flowers, Martínez stressed.

The Corporation of Exporters Guilds of Ecuador (Cordex) reacted yesterday, Wednesday, February 23, and sent a letter to the Foreign Minister of Ecuador, Juan Carlos Holguín, where he requested the creation of a public-private work commission that operates as an alert system early through coordination between Cordex and diplomatic missions to the European Union, the United States, Russia and China in order to know in a timely manner the measures taken in the different countries with the sole purpose of anticipating any inconvenience that could affect normal performance to exports.

Cordex is made up of the sectors: banana, plantain, shrimp, cocoa, fishing, coffee, textile and broccoli that represent 75% of non-oil and non-mining exports from Ecuador, it is about 12% of the Gross Domestic Product, generating more 730,000 direct jobs nationwide.

Draft Association Law between the United States and Ecuador would strengthen relations in trade, cooperation, fight against organized crime and others