According to scientific study, lion ancestor lived 124,000 years ago 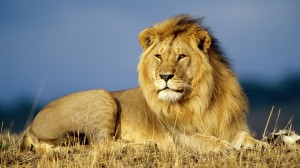 According to a scientific publication of the journal BMC Evolutionary Biology, the ancestor of the modern lion lived 124,000 years ago. The study was conducted by researchers at the University of Durham in England , with the help of genetic material from lions and extinct specimens preserved in museums. Professor Ross Barnett and colleagues from Durham concluded that lions evolved into two groups: the first one corresponds to eastern and southern Africa , and the second group to central and western Africa and India.

To make comparisons and analyze the evolution of this species, preserved specimens of the extinct Barbary lion (Africa), Iranian lion, and lions from central and western Africa were taken. Nowaday, 400 Asiatic lions remain, while in the last twenty years, a third of African lions have been extinct.